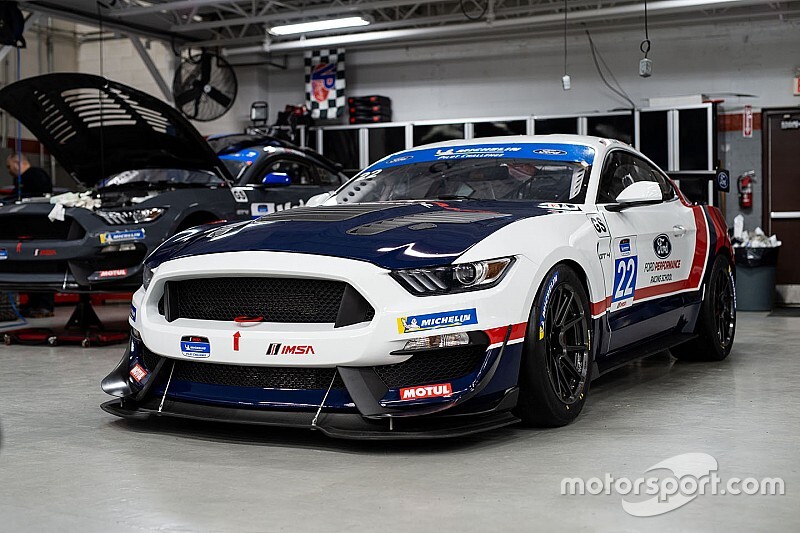 Hailie Deegan’s debut as a Ford Performance development driver will include a tribute to a pioneer for women in racing.

Deegan, 18, will compete in her first race next week as a Ford development driver, co-driving the No. 22 Multimatic Motorsports Ford Mustang GT4 with Chase Briscoe in the IMSA Michelin Pilot Challenge Race at Daytona International Speedway.

The paint scheme of the car Deegan and Briscoe will drive in the race was unveiled Friday and its red, white and blue livery is a tribute to the Roush Racing Mustang IMSA GTO car driven by Lyn St. James in her breakout season of 1985.

She also competed in IndyCar, including seven starts at the Indianapolis 500.

“My anticipation and excitement level was already sky high, making my debut for Ford in my first-ever road race in IMSA, but now we add this cool throwback scheme honoring the only woman to win a major IMSA race solo and it is just that much cooler,” Deegan said.

“I have a ton of respect and admiration for what Lyn St. James did to pave the road for racers like me. It will be really cool to drive a car inspired by her 1985 IMSA GTO Ford Mustang.”

St. James, who served as a consumer advisor for Ford Motor Company from 1981-96, has remained an ambassador for women in sports, especially auto racing.

“I'm delighted that Ford is doing this throwback scheme,” she said. “The whole goal of every race driver is to win races, and going into that 1985 season I was on the cusp of winning, and to get my first three IMSA wins that year really meant so much to me because they say that once you win once, the others follow, and that was true for me.

“I am certain Hailie and Chase felt the same way after winning their first stock car races. You just want to win more. Sports car racing may be different than what they normally do, but the mindset is the same.

“I am excited to see them race and get to the winner’s circle.”

After the Michelin Pilot Challenge Race, Deegan will turn to her fulltime ride this season, competing in the Feb. 8 ARCA Menards Series season opener at Daytona. She also plans to run some NASCAR Truck races later this season.