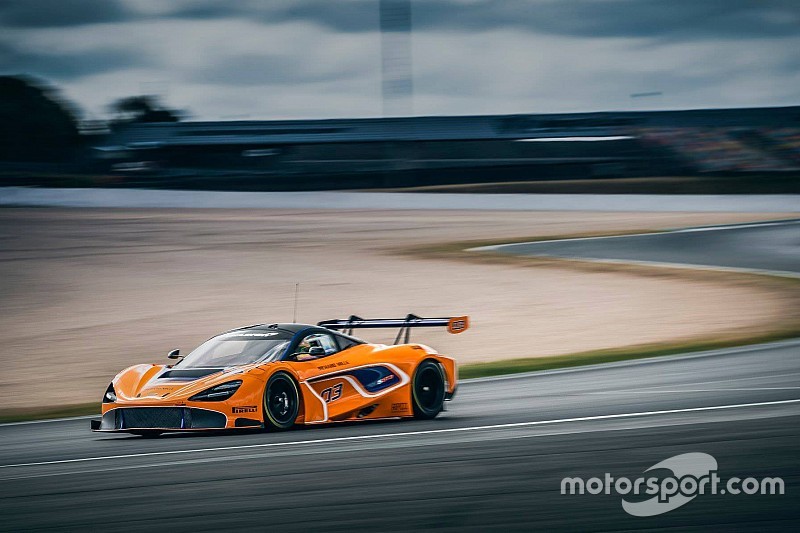 Compass Racing will enter a McLaren 720S GT3 in the IMSA GT Daytona class of the WeatherTech SportsCar Championship, competing for the new-for-2019 WeatherTech Sprint Cup.

The 720S-based GT3 contender, launched last weekend at the Bahrain International Circuit, will be driven by McLaren factory driver Paul Holton and Matt Plumb in the seven non-endurance rounds of the IMSA season.

Compass Racing has run a McLaren 570S GT4 in IMSA’s Michelin Pilot Challenge (then called the Continental Tire Sportscar Challenge) for the past two seasons and in the Pirelli World Challenge.

Compass Racing managing director Jill Beck said: “We’re really excited to extend our partnership with McLaren by launching the new 720S GT3 in North America. Paul has been one of the test drivers on the car through its development over the past year, and we all have high hopes for the first race car developed entirely in-house by McLaren Automotive.”

“We’ve enjoyed working closely with McLaren in developing the GT4 car over the past two years, and look forward to continuing that strong relationship over the next few seasons, in both GT3 and GT4.

“The new Sprint Cup is something we’d hoped IMSA would implement, as it provides a perfect ladder for our McLaren program, with steps from GS to Sprint to a full WeatherTech effort.”

Holton was equally effusive. “The new GT3 car has been a real revelation in testing, and I can’t wait to get it out on track in North America. McLaren has put together a great team of people in their new Motorsport facility in Woking, and we are all committed to being competitive from the very first race.”

“This is an important product for McLaren Automotive, and therefore we have committed to ensuring that we deliver a product worthy of carrying the iconic brand. Compass Racing has been an invaluable partner to us over the past two years and we look forward to continuing that in 2019.”

Beyond the IMSA WeatherTech SportsCar program, details of the team’s Michelin Pilot Challenge GS-class GT4 effort are expected to be announced in the coming days.