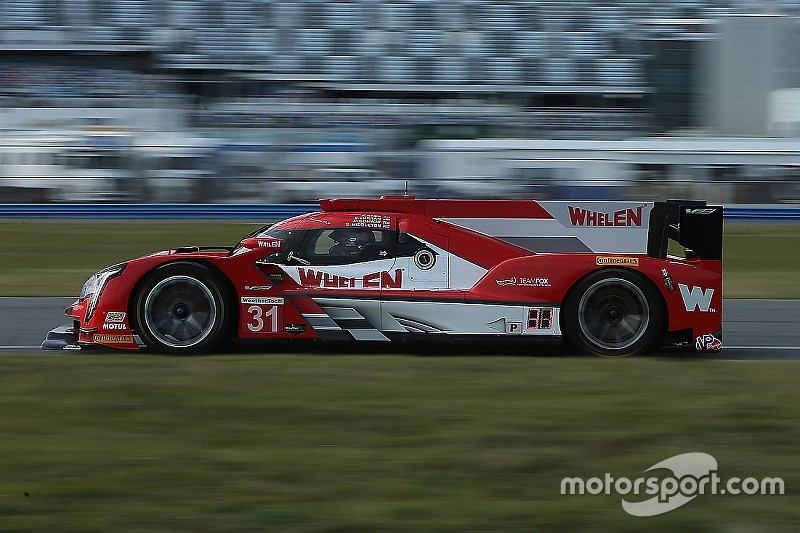 Nasr, sharing the #31 Action Express Cadillac DPi-V.R with Eric Curran, Mike Conway and Stuart Middleton, hit the front in the closing stages of the 45-minute session.

Initially, he jumped to fourth before unleashing a lap of 1min36.973sec with five minutes remaining, outpacing the WTR Cadillac of 2012 IndyCar champion Hunter-Reay by a mere 0.083sec.

Nasr’s teammate Christian Fittipaldi in the #5 AXR Cadillac, who had held top spot for much of the session, ultimately slid down to fourth thanks to Spirit of Daytona’s Eddie Cheever III setting a 1m37.230s moments before Nasr set the best time of the session.

Alex Brundle had been as high as second in the Jota-run #78 Jackie Chan DC Racing Oreca before being shuffled back to fifth as others improved.

Romain Dumas rounded out the top six in the #54 CORE autosport Oreca, just ahead of the lead Penske Acura of Juan Pablo Montoya that lapped 0.696s off the pace.

Fernando Alonso sat out the session, with Lando Norris completing all 21 laps in the #23 United Autosports Ligier JS P217. Norris posted a best time of 1m38.079s, almost identical to the time Alonso set in Saturday’s first session for 11th place.

In GT Daytona, Mario Farnbacher was quickest in the Michael Shank Racing Acura NSX, less than half-a-tenth ahead of the Manthey Porsche of Sven Muller.

The sole night session of the test will be run later today.