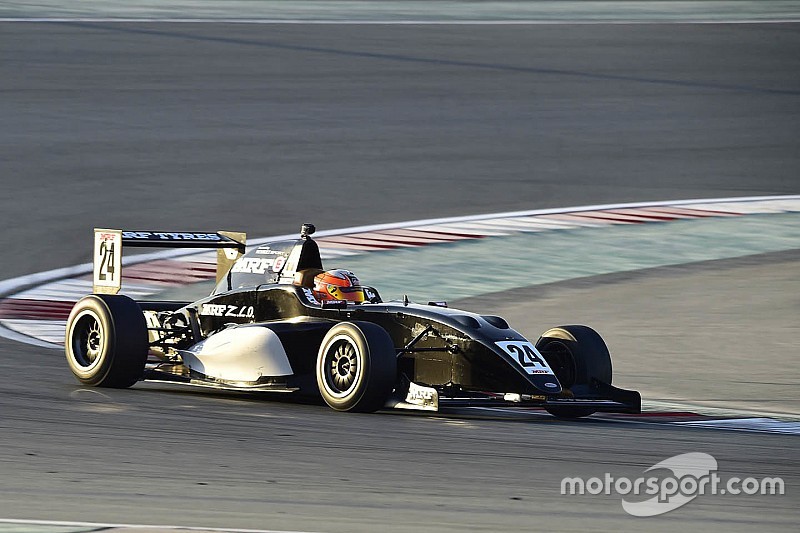 Alessio Picariello was back on the top step of the podium, taking victory in a curtailed third race of the MRF Challenge Dubai weekend.

The Belgian driver started on pole courtesy of his second-best time from qualifying, alongside Russian Nikita Troitskiy and ahead of Pietro Fittipaldi and Sean Walkinshaw on row two.

Picariello led the way at the start with Walkinshaw and Max Fewtrell losing positions, while Tatiana Calderon and Harrison Newey gained places.

Giuliano Alesi after a slow start moved up to 10th from 15th by the end of the second lap, when Dylan Young crashed out bringing out the safety car.

Picariello led at the time of the interruption from Troitskiy and Fittipaldi with Calderon in fourth and Newey moving up to fifth after overtaking Walkinshaw and Tarun Reddy.

The race was back on after four laps behind the safety car, but it was soon red-flagged because of an incident with Matthew Draper and Arjun Narendran.

It was stopped ultimately after six laps, handing Picariello the win with Troitskiy and Fittipaldi completing the podium.

The Brazilian also clocked the fastest lap of 1m59.863s before the interruption. Calderon and Newey rounded off the top five.

Fewtrell ended eighth ahead of Alesi, with Dutch debutant Rick Breukers completing the top 10 ahead of Jose Abadin.

The results stand provisional at the moment.