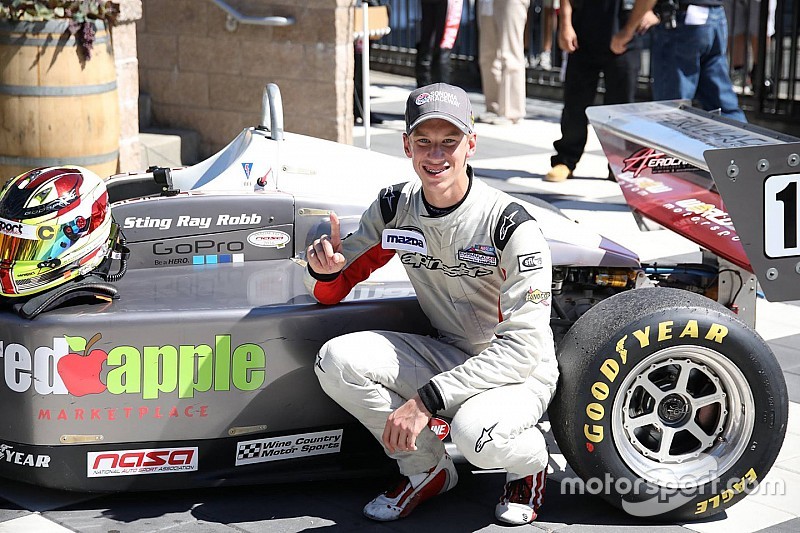 Fifteen-year-old Sting Ray Robb, who became a FormulaSPEED race winner this year, will graduate with WSM to join the Pro Mazda grid in 2017.

The former karting ace from Idaho finished second in the Karts 2 Cars Shootout at Skip Barber Racing School in 2015, and went on to finish runner-up and Rookie of the Year in the school’s Winter Series.

This prompted a move to the FormulaSPEED category of Formula Car Challenge, for his first partial season of car racing, and he became a race winner with the Sonoma, Calif.-based World Speed Motorsports team, which was also an occasional entrant in Pro Mazda last year.

Said team president Telo Stewart: “Sting Ray has an impressive racing background. In addition to an incredible karting résumé, Sting Ray ran a limited schedule with us last year in the Formula Car Challenge, and is a proven winner.

“He is ready for Pro Mazda and we are looking forward to helping him achieve his goals on the Mazda Road to Indy.”

Robb himself said that WSM’s guidance and the victory at Sonoma Raceway had “provided some clarity for my future plans.”

He went on: “It now seems a natural progression to pilot the Pro Mazda for World Speed … I am very excited about the opportunity to again be working with Telo's talented, experienced, and dedicated crew at WSM.

“As one of the youngest competitors in the Pro Mazda Championship, I know there is still a lot to learn and accomplish, a challenge I am very excited about.”