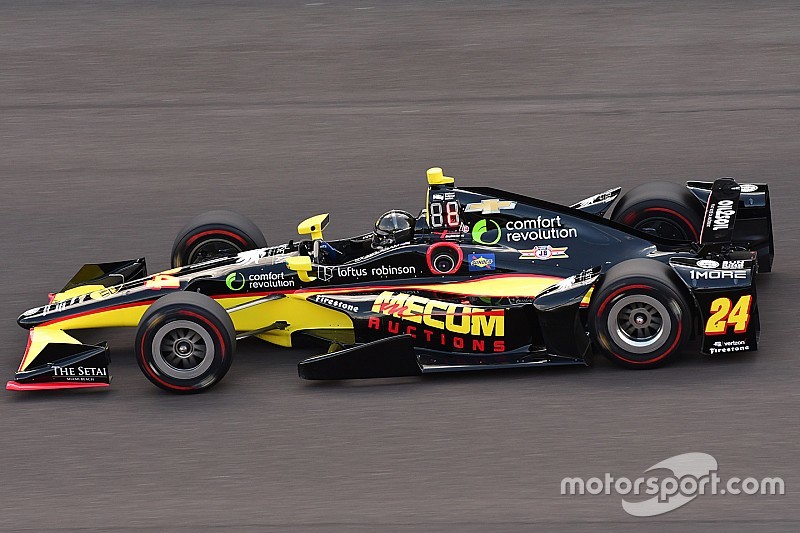 Dreyer & Reinbold Racing is set to enter two cars for this year’s Indianapolis 500 and Danica Patrick is among the list of drivers being targeted by team owner Dennis Reinbold.

He describes it as “highly likely” that Sage Karam will return in one of those seats for his fifth stab at the 500, and his fourth with Dreyer & Reinbold. The shortlist for the second seat in the Chevrolet-powered squad appears to be up for grabs.

Asked if he’s been negotiating with Danica Patrick who today announced sponsorship from GoDaddy.com, Reinbold told Motorsport.com: “We’ve been speaking with Danica’s people, but we’re not very far down the road right now, so I’m not sure where that stands.

“But Danica was always good at the Speedway so if she can get back to that level after six years away, I’m sure she can be very strong once more and we can give her a very competitive package.

Reinbold said the drivers he’s been speaking to come from both ends of the financial spectrum.

“We’ve spoken to some drivers who have money, some who have none,” he said, “but the priority is always to win the race and I want to double my chances by having two potential winners. I would say we should be able to announce one driver in one-to-two weeks. The other one should be roughly the same time frame.”

Traditionally, IndyCar team owners have found that running two cars makes more economic sense than running just one, but particularly in a season in which the car’s spec has changed so substantially, and for a team entering Indy as a one-off, that is not the case, according to Reinbold.

“No, there’s nothing economic about it!” he said. “But I’ve pretty much decided that we’re going to run two. I’ve been talking with Dallara, Chevy and the series and trying to put all that together.

“I’m investing in the equipment this year, which is painful because running two cars is going to be almost twice as expensive as running one. I’ve got to go and get things like extra sets of wheels, wheel-guns, Dallara chassis, extra radios, et cetera. We’re set up to be able to run one car right now, but in order to do it right and have a proper amount of back-up, I decided to reinvest in our equipment so that we have the flexibility to do something else – potentially, additional races.

“And the principle behind the decision to run two cars is a long term one. I want to run two cars for the next several years. That’s the best thing for our team. We’ve been able to attract quite a few sponsors, so I feel good about the financial viability in being able to sustain that, and keep on running two well-funded cars for the Indy 500.”

Reinbold has confirmed his squad will again run cars in the Global Rallycross Championship Lites class this year. DRR ran Cabot Bigham to the championship in 2016, with Christian Brooks finishing runner-up last year.