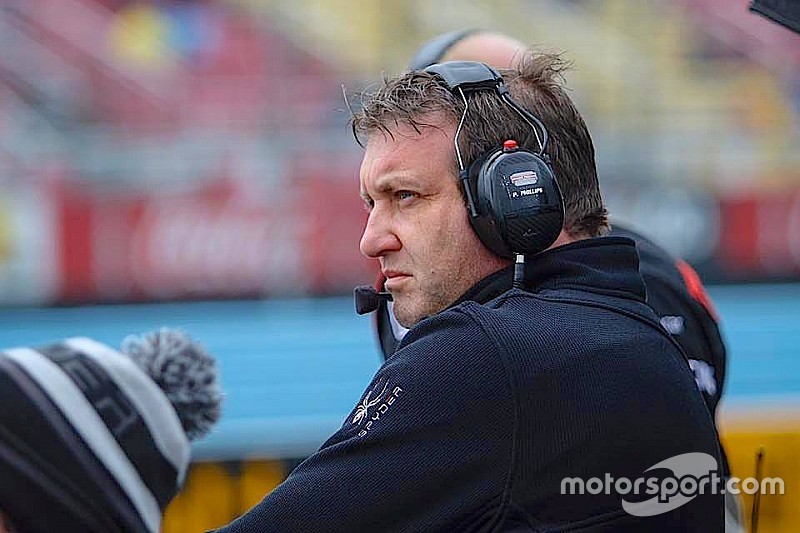 Rahal Letterman Lanigan Racing has announced that Piers Phillips has joined as president to oversee the team’s involvement in IndyCar, IMSA and the new Jaguar i-Pace eTrophy Series.

Phillips, who left Schmidt Peterson Motorsports last week after three seasons as general manager, will thus look after RLLR’s two Honda-powered entries in the IndyCar Series, its two works BMW M8s in the GT Le Mans category of IMSA WeatherTech SportsCar Championship, and the two electric Jaguar i-Paces in the inaugural 2018-’19 season of the eTrophy.

Bobby Rahal, legendary Indy car champion and co-owner of RLLR with David Letterman and Mike Lanigan, said: “Mike, Dave and I are pleased that Piers is joining the team as its first ever president. His past successes speak volumes of his ability in all facets of racing and I look forward to working closely with Piers to take the team to the next level.”

Phillips, who prior to joining SPM was technical director at Strakka Racing and Level 5 Motorsports, said: “I was incredibly honored to be approached by Bobby about this opportunity given his experience, success and stature.

“From the moment I sat down with him to discuss this role, I just fell in love with his passion, drive, and enthusiasm to continue the already impressive accomplishments that RLL has achieved as well as his desire to take the team even further in the future.

“I also spent some time with Mike Lanigan in Chicago and was equally impressed with his attitude and approach. To be involved at this level with not only the Indy car program, but also the sports car program and eTrophy was a very easy decision for me and one that I know I will thoroughly enjoy.”