Larry Foyt says hiring JR Hildebrand for the fourth AJ Foyt Racing-Chevrolet at the Indianapolis 500 made “all the sense in the world”.

The team owned by four-time Indy 500 winner AJ Foyt runs Sebastien Bourdais and Dalton Kellett full-time in 2021, but will add Charlie Kimball for the GP of Indianapolis and the Indy 500, while in the 500 Hildebrand will drive a fourth car backed by Foyt’s longtime sponsor ABC Supply.

His #1 car’s livery will echo that of Foyt’s first 500 winner, the Bowes Seal Fast Trevis-Offy, in which ‘SuperTex’ defeated Eddie Sachs in a famous battle over the final quarter of the 1961 race.

Explaining the choice of Hildebrand, aiming to make his 11th start in the Memorial Day Weekend classic, team president Larry Foyt said: “It was good we were able to get the Charlie deal done early so we were able to get a big head start on that. Honestly, we wouldn't have done this if we didn't think it was something that was going to add and contribute to the team.

“I mean, you have a great sponsor and friend of ours in ABC Supply. When JR became available, it just made all the sense in the world to take a guy that you know is going to give you some great information. He's going to help the whole group.

“At the end of the day he can win the thing. That's what we're going there to do. When all that came together, it was really a no-brainer for us. I'm sure it's some extra work, the whole team, we got everybody together, everybody has to buy into it and say, ‘Hey, we're doing this because it's going to be a good program.’”

Foyt later added: “I think everyone knows JR is a pretty technical driver. That's going to bring another good addition to the team. Obviously with Bourdais, he's pretty technical. Dalton did a great job last year, but he's coming into his second 500. Charlie has a lot of experience; we know he's technical…

“With everything so close right now, so competitive, this little bit of setup stuff from qualifying day is going to be super important. You're really hoping you're not a part of any of the drama on qualifying weekend unless it's for that Fast Nine. That's certainly the goal.

“Everything is going to have to be perfect. You just got to hit everything right on the number because there are going to be some good cars going home. Pretty much everyone that's entered is very, very good. It's going to be tough. We know that. This is a great addition to bring some more technical information to the team.”

This year marks the 60th anniversary of Foyt’s first win at Indy, a race he started 35 consecutive years, a record. The seven-time Indy car champ also won the 500 in ’64 – the final win for a front-engined roadster – ’67, when he outlasted the famous STP Paxton Turbine car of Parnelli Jones, and ’77, to become the first ever four-time winner of the event.

That last triumph also marked the final time that the Speedway’s owner and savior Tony Hulman attended, as he died of heart failure just six months later. Gratifyingly, to mark Foyt’s fourth triumph – a feat only matched since by two drivers, Al Unser and Rick Mears – Hulman chose to join the legend in the Oldsmobile pace car for the victory lap.

Asked what returning to Indy means for A.J., now 86, Larry FOYT replied: “I think it's what he lives for, honestly. He thinks about Indy from June 1st until we get back to May. He loves that place. He's always the first one to say it's what made his name. The history of him and everything he went through, his friendship with Tony Hulman.

“It's an amazing story. The highs and lows he's experienced, the friends that were killed in races. For him to go on and win, the battles he had. The longevity he experienced there is unbelievable.

“It's everything for him. Even as he's gotten older and mellowed a bit over the years, you really see that intensity when we get back to Indy. Of course, I get it because I'm getting chewed out when the cars aren't running as well as he wants them to be.

“Other races he is just kind of like, ‘Oh well,’ sometimes. Indy still lights a fire under him unlike anywhere else we go. He lives for it. I think he always will. It will keep him coming back until unfortunately he's gone. Indy will always be number one for him.”

While Hildebrand became synonymous with Ed Carpenter Racing 2014-’17, then Dreyer & Reinbold Racing ’18-20, it was with Panther Racing that Hildebrand is most memorably associated with Indianapolis Motor Speedway. As a rookie, he was leading the 2011 race entering the final turn on the final lap when, while trying to put Kimball a lap down, he hit the marbles, then the Turn 4 wall. Dan Wheldon ducked through to win for Bryan Herta Autosport, while Hildebrand’s crippled car continued up the track to claim second.

Hildebrand says that memory doesn’t haunt him, as he feels he’s gotten better at being an Indy driver with each passing year, even though his best result since has been a sixth place.

“It's obviously just kind of a part of my history,” said the 33-year-old Californian. “Thinking back, that was my rookie year. I think it always actually gives me a lot of confidence: there is a lot of stuff I didn't know about how to be competitive at Indy, and found myself in that situation.

“Honestly… I've had much better 500s from a driver's perspective since then… Every year I feel like I come out of Indy with something else, something new in my toolbox, something else that I've learned, a new situation that I'll be more prepared for the next time around. All of that just gives me confidence that when the car is right and we kind of get things together, that I'll be able to capitalize, for sure.

“I would obviously have preferred to have been full-time since 2011, right?,” continued Hildebrand who was able to bag just one full-season ride since being released by Panther in June 2013. “That's just not how it works out. You’ve got to take every little experience that you have in the car and learn from it and get better, be kind of ready for what's next.

“[Indy 2011] is obviously a bittersweet memory in some respects. For me, it's just kind of a part of being a racer. Stuff happens. I think at the end of the day, it's a positive thing for me to be able to look back and know that I'm ready for any kind of situation [if] that happens again.” 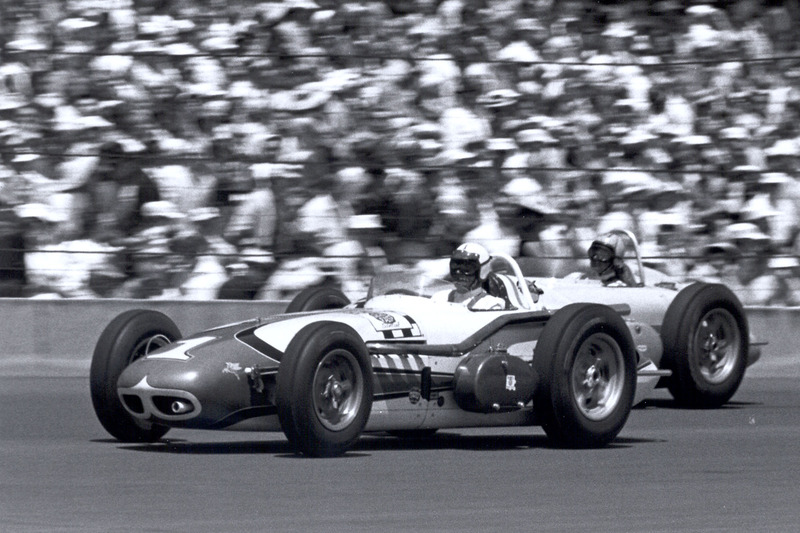 Foyt heads to his first of four Indy 500 triumphs

There have been wins, poles and promise from others, but the 2022 NTT IndyCar Series championship battle has distilled down to Team Penske vs. Chip Ganassi Racing. A principal from each told David Malsher-Lopez what has elevated their teams beyond their rivals.