Pole-winner for the 104th running of the Indy 500 Marco Andretti says he heeded the advice of his legendary grandfather Mario Andretti when choosing setups for Fast Nine qualifying. 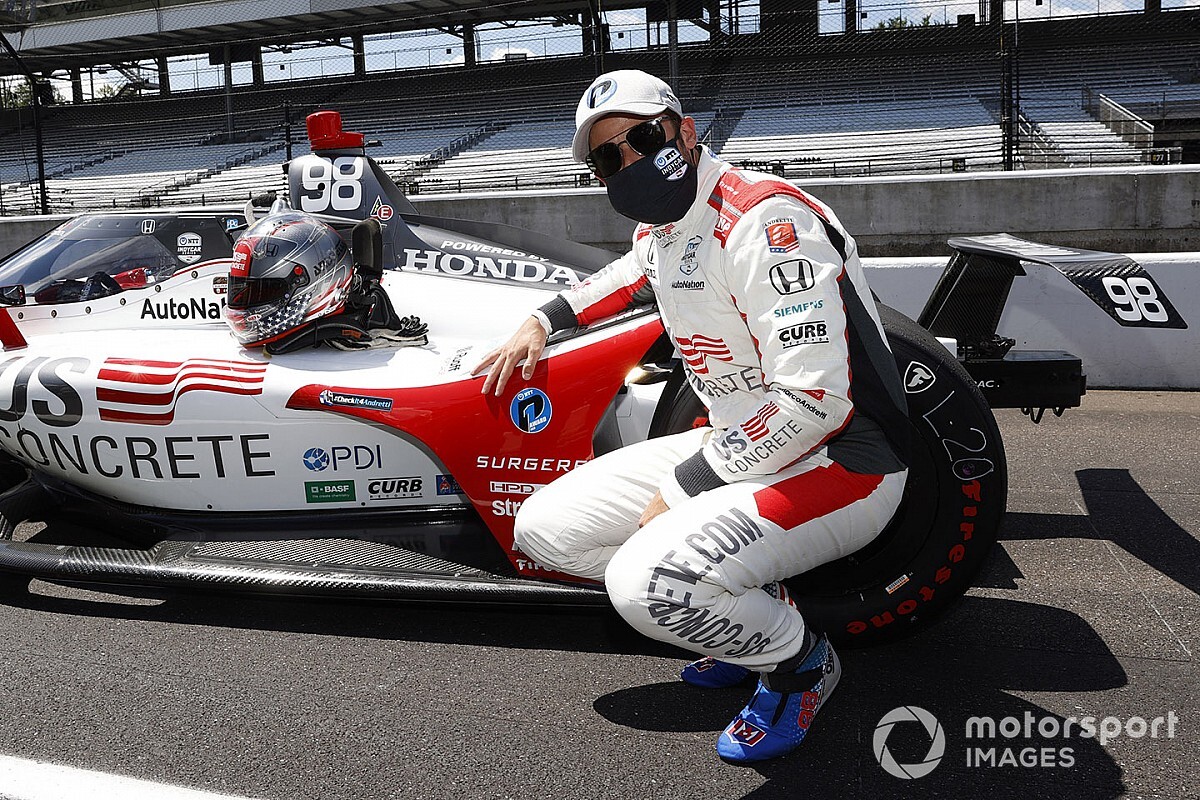 The younger Andretti, who finished runner-up in his first ever Indy 500, has also three times finished the race in third, but has started from the front row of the three-by-three grid on only one previous occasion.

Today, his #98 Andretti Herta Autosport with Marco and Curb Agajanian entry edged Chip Ganassi Racing’s Scott Dixon by 0.017mph over the four-lap run. With father Michael having never earned P1 at the Brickyard, it was the first time the Andretti name had topped qualifying here since Mario earned his third pole in 1987.

Marco Andretti had finished both practice days this week in the top three, and took provisional pole on Saturday, leading an Andretti Autosport 1-2-3-4. Asked by Motorsport.com how much he had considered the various setups run by his teammates – who flattered to deceive when it mattered in Fast Nine qualifying today (P5, P6, P9) – Andretti said that hadn’t been a factor.

“I always find I do better just focusing on what my car needs and we kept it really close to home,” he said. “My grandfather gave me good advice: ‘Let them beat you, don’t dial yourself out. You already know what you have, do it again. Let them try to dial themselves out chasing, right?’

“Good advice so We kept it close to home. I knew it was going to be tougher today with the wind.”

Andretti said that he’d had to alter his line as the tires degraded, to give him a shallower entry to the Speedway's turns.

“That was just because there was no rear tire left on Lap 4. Lap 2 kinda told me [Laps] 3 and 4 were going to be pretty interesting! Just really lucky to be able to hold it flat because of how close it was in the end.

“That was my 15th official qual run. I don't know how many qual sims I've done around here. Definitely paid off for me in the last couple laps, knowing where to go in my tools to be able to help hold it flat.”

Harking back to his famous 0.0635sec defeat to Sam Hornish Jr of Team Penske in 2006, Andretti said of his chances this year: “I was joking with Dad. I'm like, ‘This is probably my third legitimate shot as far as outright pace in 15 years.’ When I lost the 500 in 2006, you saw me mad because I knew that it is possible that 15 years later I'm talking to you guys and I haven't won one yet. That's why I was so mad.

“It's a tough place. Last year I had the worst race of my career. Here we are, we can win it.”