Michael Shank says that Meyer Shank Racing’s relationship with Arrow Schmidt Peterson Motorsports is one he wants to renew for 2020 as he aims to enter the NTT IndyCar Series full-time.

The team which started as Michael Shank Racing, made its IndyCar debut in partnership with Andretti Autosport in the 2017 Indianapolis 500, but since then the part-time squad – now Meyer Shank Racing after SiriusXM’s CEO Jim Meyer became a partner – has enjoyed a technical partnership with Arrow SPM.

Jack Harvey competed in six races for this combo in 2018, and is set for 10 in 2019, of which four remain after the Indianapolis 500 – Road America, Mid-Ohio, Portland and Laguna Seca.

Last weekend in the IndyCar Grand Prix on the Indianapolis Motor Speedway road course, Harvey qualified and finished third, and afterward, praised the partnership with Arrow SPM and drivers James Hinchcliffe and Marcus Ericsson. Shank expressed similar sentiments and said he was keen to continue the relationship with Sam Schmidt and Ric Peterson.

Shank told Motorsport.com: “We’re working on that. We did a two-year deal originally which is up at the end of this year and we’ve had meetings about it this week. I think it would be great; it’s been a really strong relationship and it’s gone as well as it possibly could go, in my opinion.

“Partnering Sam and Ric definitely helped us get over the hump that a lot of new teams face, and the group of people that work together – the engineers, the drivers and so on – truly work well together.”

Shank said that taking the methodical, calm, walk-don’t-run approach to entering IndyCar has been crucial to the team starting to fulfill its potential, and it’s not a course from which he intends to deviate.

He stated: “As tempting as it would be to continue on to Detroit, which wasn’t in our original planned 10-race run, we try to keep the big picture in mind, which is 2020. And if we continue bringing value to our sponsor partners, I think we have a shot at that.

“But nothing’s guaranteed yet, and it will take a few months for all that to get sorted out. We made promises about the progress we were going to make – results bring attention, attention brings fans – and so we need to focus on the results we promised them.

“Right now we’re on target, maybe a little bit ahead, and we could rush to Detroit and maybe spend money that we don’t really have, but the goal is to run the whole thing in 2020, so we have to be rational about it.”

The MSR with Arrow SPM car bears the names of two of the most recognizable brands in IndyCar – AutoNation and SiriusXM – and Shank says Harvey has proven very adept at winning over the guests from those companies when they attend races.

“Jim Meyer is very happy with the team,” said Shank, “and SiriusXM is going to be doing a lot of broadcasting from here [Indy] with various personalities, an AutoNation have a lot of guests coming.

"And I think aside from his talent in the car, the great thing about Jack is how good he is with all these people. He’s just great and he makes them feel connected with IndyCar racing, even if it’s their first ever visit. That’s a big, big part of it.” 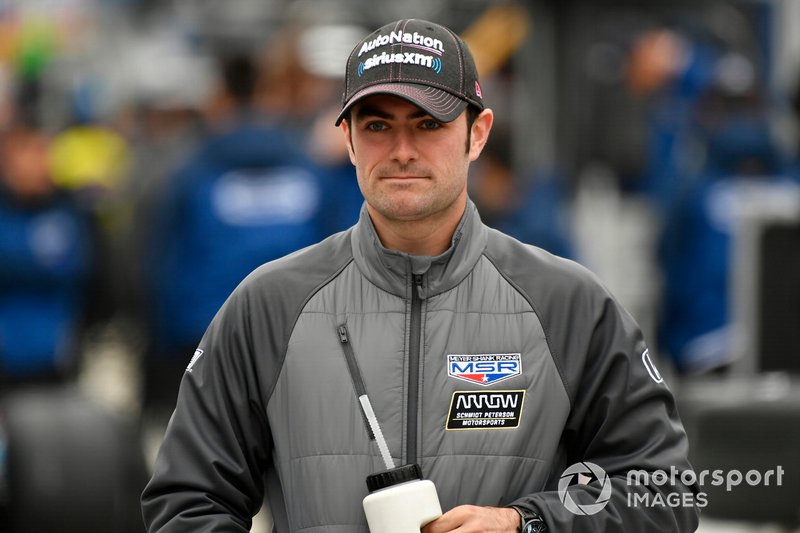 Harvey: If the opportunity is there to win, we’ll go for it