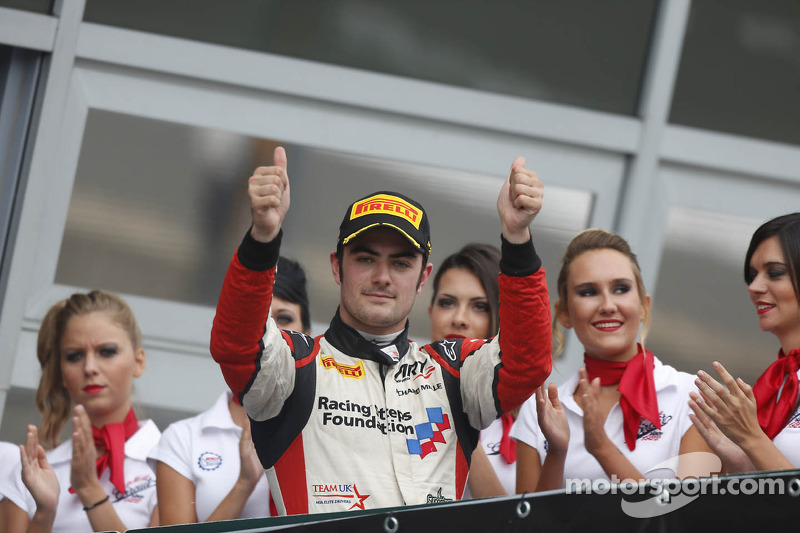 The Schmidt Peterson Motorsports (SPM) driver made a solid start to the weekend in free practice, securing the sixth quickest time despite being on old tyres. Qualifying was scheduled for Saturday but a severe weather warning caused both the session to be cancelled and the circuit to be evacuated. Unable to run qualifying, the organisers decided to form the grid using combined times from the two practice sessions.

The green flag was waved at 12.45pm local time on Sunday and the Racing Steps Foundation-backed driver made a strong start in his first experience of a rolling start. Scott Anderson didn’t fare so well and made contact with the wall during the opening lap bringing out full course yellows for five laps. 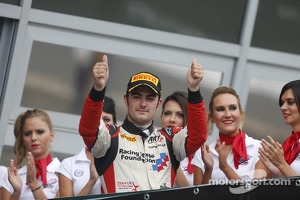 At the restart, Brabham also made contact with the wall, promoting Harvey to P5. On lap 20 Harvey made a great move on Alex Baron for fourth place and began hunting down Vittorio Ghirelli. It didn’t take long for Harvey to pass Ghirelli for third place and open up a gap from the chasing pack behind him. Harvey put in some flying laps in the closing laps of the race and had closed the gap to the top two by the time the checked flag fell, crossing the finish line in third place; the highest place rookie.

“I’m pleased to be going away from my first Indy Lights race with a podium finish. The team has worked so hard in the last few weeks and this result is a real team effort. It’s frustrating that qualifying got cancelled as, based on my pace on old tyres in free practice, we had the pace for a front row qualifying result. However I made some good overtaking moves during the race to finish in third place so I’m pretty happy with the way the weekend went;” commented Jack Harvey.

“We now turn our attention to the next race at Long Beach. We will be aiming for a strong qualifying result so that we can look to convert it into another podium finish and move further up the Championship standings’ continued Harvey.