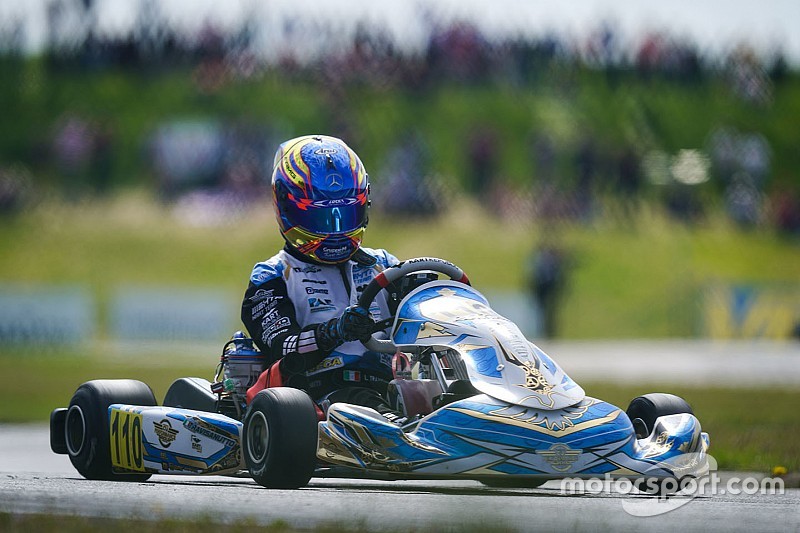 Travisanutto and Mini entered Le Mans second and third in the championship behind Dexter Patterson, but the former moved into the points lead before the final race as he collected nine points in the qualifying heats.

In the race, Patterson quickly dropped out of the title fight as he made contact with pole-sitter Kobe Pauwels and retired.

Mini put pressure on Travisanutto as he moved into the lead on lap 6 and comfortably held the spot. At the same time, Travisanutto dropped to sixth and only three points separated the duo.

However Travisanutto fought back and in the end grabbed third thanks to contact between Taylor Barnard and Luigi Coluccio on the final lap.

Mini won the race by 0.9s ahead of Joseph Turney, while Travisanutto was nearly five seconds behind the winner but took the title by nine points.

Mini salvaged the runner-up spot in the championship, beating Patterson by two points.

Barnard salvaged fourth despite his incident while Coluccio couldn't reach the finish line.

UPDATE: Turney was given a five-second penalty and dropped to fourth place behind Travisanutto and Barnard.

Amand entered the round with a 10-point lead over main rival Thomas Ten Brinke and his chances of becoming champion increased when the Dutchman was unable to qualify for the final race.

Amand did not challenge for the victory in the final and instead stayed out of trouble and finished eighth, securing his title.

The race was dominated by Antonelli, who started from second and quickly made a move on polesitter Martinius Stenshorne.

The Italian then built a lead of over a second as Stenshorne was eventually passed by Alfio Andrea Spina and Ugo Ugochukwu as well.

Antonelli enjoyed a comfortable lead for the majority of the race as Spina and Ugochukwu only closed the gap as the final two laps began, and they couldn't make a move.

Stenshorne held on to fourth despite coming under heavy pressure from Jamie Day.

Antonelli moved up to second in the standings, just five points behind Amand, with Ten Brinke holding on to third.