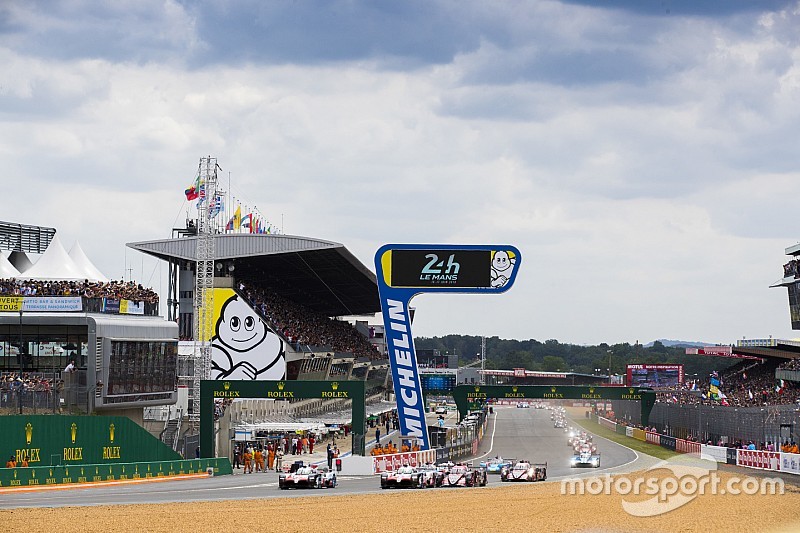 The Le Mans 24 Hours will feature a 62-car grid this year, with temporary garages being erected to house High Class Racing and United Autosports.

Race organiser the Automobile Club de l'Ouest announced the move on Tuesday, granting the top two teams on the reserve list the chance to take part in the 87th running of the French endurance classic.

It will mark the largest field ever assembled at Le Mans, with the 60-car entries of 2016, '17 and '18 having been the previous highest number.

An ACO statement outlined that work began several weeks ago on building two temporary garages at the start of the pitlane, adjacent to the first permanent garages that have been occupied in recent years by the Toyota LMP1 team.

It followed what the ACO described as the "hardest ever" selection process, which initially resulted in United Autosports controversially missing out on a second entry despite its championship victory in the Asian Le Mans Series, which warrants an automatic grid slot.

ACO President Pierre Fillon commented: “In February, the selection committee faced a harder task than it has in many years. There were 75 applications – all of a high standard – and it was particularly difficult to choose 60, only 60 of them should I say.

"We quickly came to the conclusion that we had to find a way of accepting additional competitors, and our crews confirmed the feasibility of adding two garages to pit lane.

"We knuckled down and are overjoyed to be able to accept 62 entrants for the 2019 24 Hours of Le Mans. It’s a record number and a sign that this race is as popular as ever.”

The addition of High Class's Oreca 07 and United's second Ligier JS P217 brings the total of LMP2 cars entered for Le Mans this year up to 20. Both are expected to take part in the test day on June 2 ahead of the race itself on June 15/16.

The ACO outlined in last month's Sebring 1000 Miles WEC race an intention to increase the total number of garages as part of plans to rebuild the pit garage complex in time for the 2023 race.