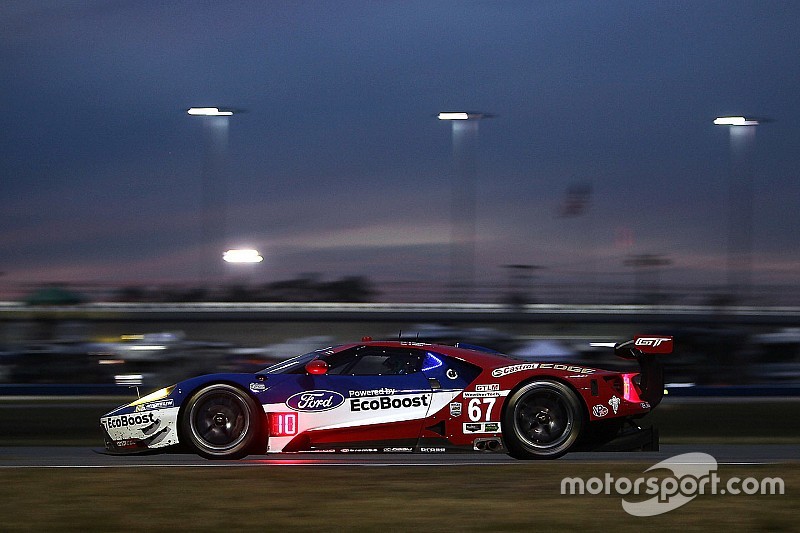 Ford Chip Ganassi Racing has revealed its driver line-ups for the Le Mans 24 Hours, with IndyCar stars Scott Dixon and Sebastien Bourdais confirmed along with Harry Tincknell and Billy Johnson.

The American marque has four all-new Ford GT cars entered in the GTE Pro class of the French endurance classic upon its works return, two of which are full-time entries in the WEC.

Joining Stefan Mucke and Olivier Pla in the #66 entry is IMSA Continental Tire regular Johnson, who will also appear alongside the duo in the WEC season opener at Silverstone.

Tincknell, meanwhile, completes an all-British line-up in the #67 entry alongside Marino Franchitti and Andy Priaulx, who will also compete at Silverstone together.

“At 24, to be driving a Ford GT car at Le Mans exactly 50 years after the famous 1-2-3 finish for the team is incredibly special for me personally,” said Tincknell.

“Ford has such an incredible history at Le Mans and I think with this car and team we can emulate some of that success.”

Bourdais and Dixon, recently confirmed for this weekend’s Sebring 12 Hours, complete the line-ups for the #68 and #69 cars respectively, Bourdais joining Joey Hand and Dirk Muller, and Dixon slotting in alongside Ryan Briscoe and Richard Westbrook.

“For once I’m the rookie as this will be my first Le Mans,” said four-time IndyCar champion Dixon.

“I’m excited to make my Le Mans debut in the Ford GT. I’ve been in the car a few times in testing so I know we have a great race car here.

"Like any driver it is a dream come true for me to race at Le Mans and I can’t wait to get started. The history of Ford at Le Mans is very well documented and I’m proud to be part of this very special programme.”

Bourdais, who raced alongside Hand and Muller in the Daytona 24 Hours in January, added: “Le Mans is incredibly close to my heart. I was born there so it is very special to go back as the local boy, as I have done 10 times now.

“People have not forgotten Ford’s history and heritage at Le Mans, even though it was a long time ago. We have new challenges and new rivalries and we hope the story comes full circle so that we can repeat history.”