Ninth in class at the 2020 Le Mans 24 Hours was a strong result for the newly-formed Richard Mille Racing Team in its first attempt at the legendary endurance race.

A trouble-free run where the Signatech-ran car encountered no reliability problems and its all-female trio of Le Mans rookies Tatiana Calderon, Beitske Visser and Sophia Floersch made no mistakes to bring the car home without damage was as much as could feasibly be hoped for given the unusual circumstances that surrounded the year.

The COVID-induced cancellation of the traditional pre-Le Mans Test Day and heavily-condensed nature of the schedule during the event itself, reducing opportunities to digest data and perfect set-up with the engineers, was only the tip of the iceberg. An accident prior to the squad’s debut in the first European Le Mans Series round of the year had ruled out designated team leader Katherine Legge through injury, while a constantly changing lineup due to clashing commitments for Calderon (in Japan’s Super Formula championship) and Floersch in FIA F3 meant Le Mans was their first race together with Legge’s replacement Visser as a trio in the same car.

“Last year for everyone was a learning year and a learning process,” says Floersch, who remains with the team in an unchanged line-up for 2021. “We were all completely new to endurance so not just the team-work but there is so much more that is different compared to single-seaters.”

But rather than consolidating on these foundations, the team founded by the eponymous founder of the watchmaking brand and President of the FIA’s Endurance Commission Richard Mille has outlined its ambition by moving from the ELMS – where LMP2 was the top class – to the World Endurance Championship.

The proliferation of ex-Formula 1 and current Formula E drivers means the level of competition is deeper and the presence of the hypercar class - currently comprising Toyota, Alpine and Glickenhaus – at the top of the pyramid above LMP2 adds another layer of complexity to proceedings.

Although Richard Mille Racing’s striking red ORECA-07 Gibson LMP2 car is the same chassis as in 2020, coined ‘Roxy’ by its drivers - “We were finding something that was really quick and sexy,” explains Calderon – it is different in several important respects. 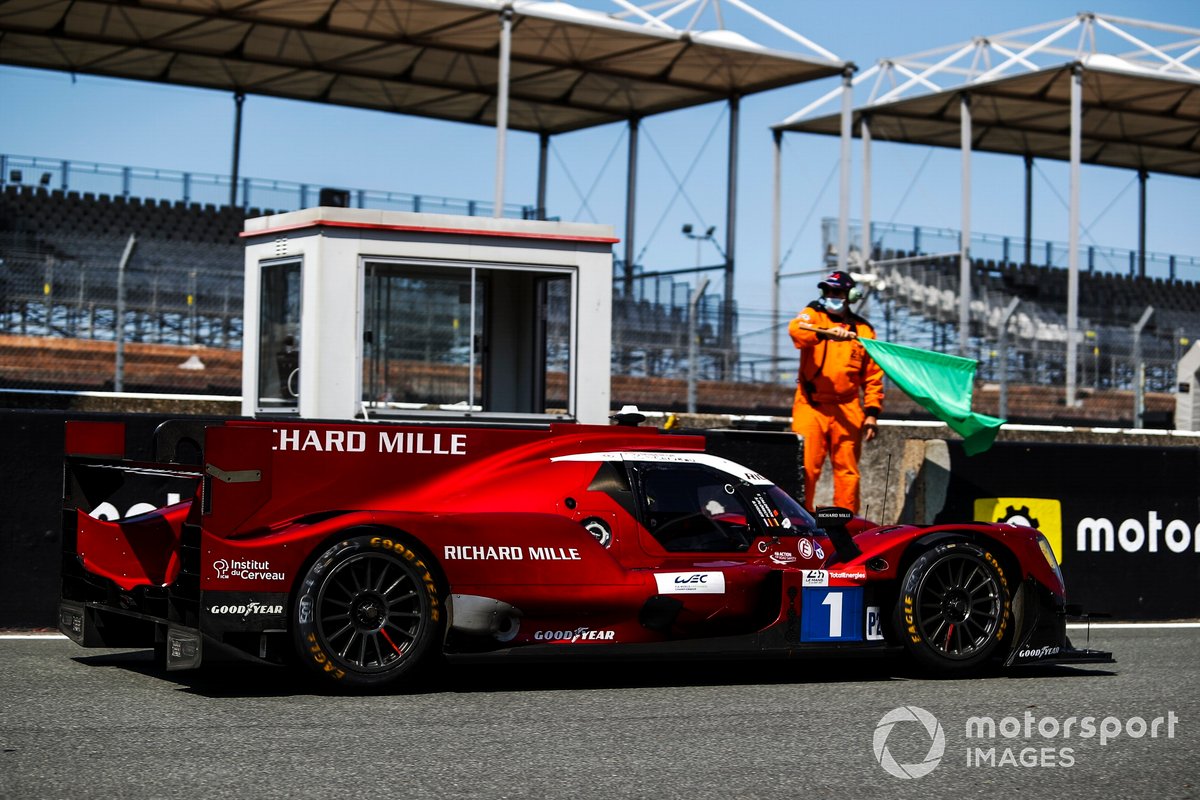 Having switched from Michelin to Goodyear tyres, after the American company took over as the sole tyre supplier for LMP2 in ACO-licensed competition, LMP2 cars in the WEC have also been slowed to accommodate the new-for-2021 hypercars that are slower than their LMP1 predecessors. Three key areas have been targeted – they carry more weight, have less power and reduced aerodynamic performance, with the requirement to use the low-downforce Le Mans body kit at all rounds.

All of this has meant a “very different driving style,” Visser explains, but the team has adapted well. From eighth in the first round of 2021 at Spa, it improved to sixth at Portimao, and again finished eighth at Monza where Calderon and Floersch drove as a duo with Visser absent on W Series duty.

“[The car changes] has been the biggest challenge,” says Visser, “and we’ll continue to work on that. But if you look at Spa to Portimao we made a huge step already.”

Calderon too agrees there’s more to come, with the 2021 edition of the 24 Hours of Le Mans just around the corner on 21-22 August now the centre of the team’s focus.

“The level is extremely high, so it has not been in any way easier, but we love a good challenge,” says the Colombian. “We’re getting better and better with each race, and that you can see in the results. I have grown a lot as a driver with endurance, but there is still a lot to come I think from the three of us working more and more together.”

Signatech boss Philippe Sinault believes that Richard Mille Racing Team has already “done the main part of the job” in laying the foundations last year and believes an improvement in 2021 will naturally follow as each driver makes their second visit to the famed Circuit de la Sarthe. 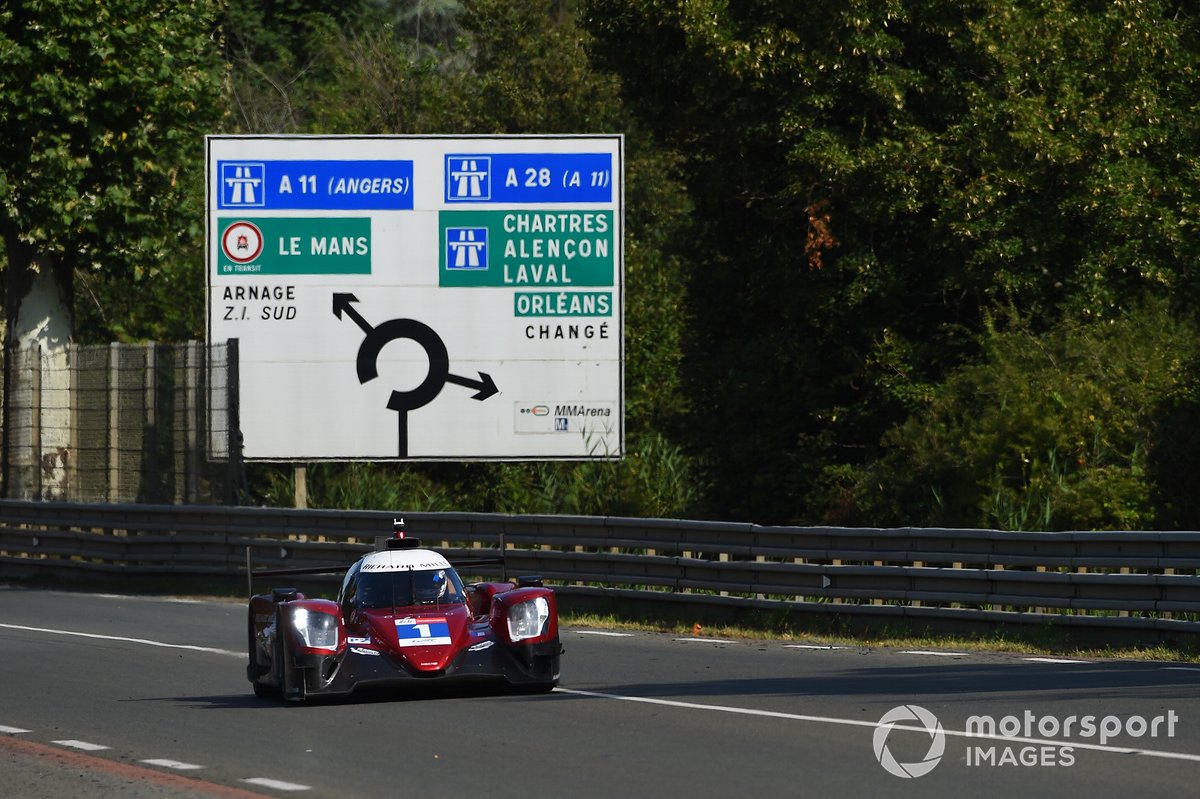 “Last year they did a fantastic job for the first year,” says Sinault. “This year it is a little bit different, first year to second year, but they are really strong girls so for sure we expect better results and we can dream about a really strong result at Le Mans.

“At the end of that race, I want to see in the eyes of each driver and each mechanic and each engineer we have done the job. The result will be the consequence of that. I am proud to say today we have a good team.”

For all three drivers, there is no shortage of motivation to put on a good show at Le Mans, the event Visser describes as “our highlight of the season”.

“It’s definitely the race we are most looking forward to,” she says. “Last year we made no mistakes in the race, our goal is again to make no mistakes and to get a good result. I think if you enjoy anyway, you drive better, so that’s a big thing.”

“We’re going to try and work hard and spend some more hours in the simulator before the big one,” adds Floersch.

A good result at the WEC’s jewel in the crown event will also help towards championship points, with Calderon targeting a top-six finish at the end of the season.

“I would be lying if I said I don’t want to win,” she says, “but I think with the progression we have seen to be in the top six at the end of the championship would be a great achievement, something realistic as well. We want to make a strong statement and we want to perform well while we enjoy the ride.

“There is a lot of female talent, but we have never really been given the right opportunities to perform at the highest level. So to have this trust of everyone that is working with us at Richard Mille Racing Team is a huge bonus for us, for the next generation as well. It’s all opening the doors [for female drivers], showing that it is possible and that things are changing.” 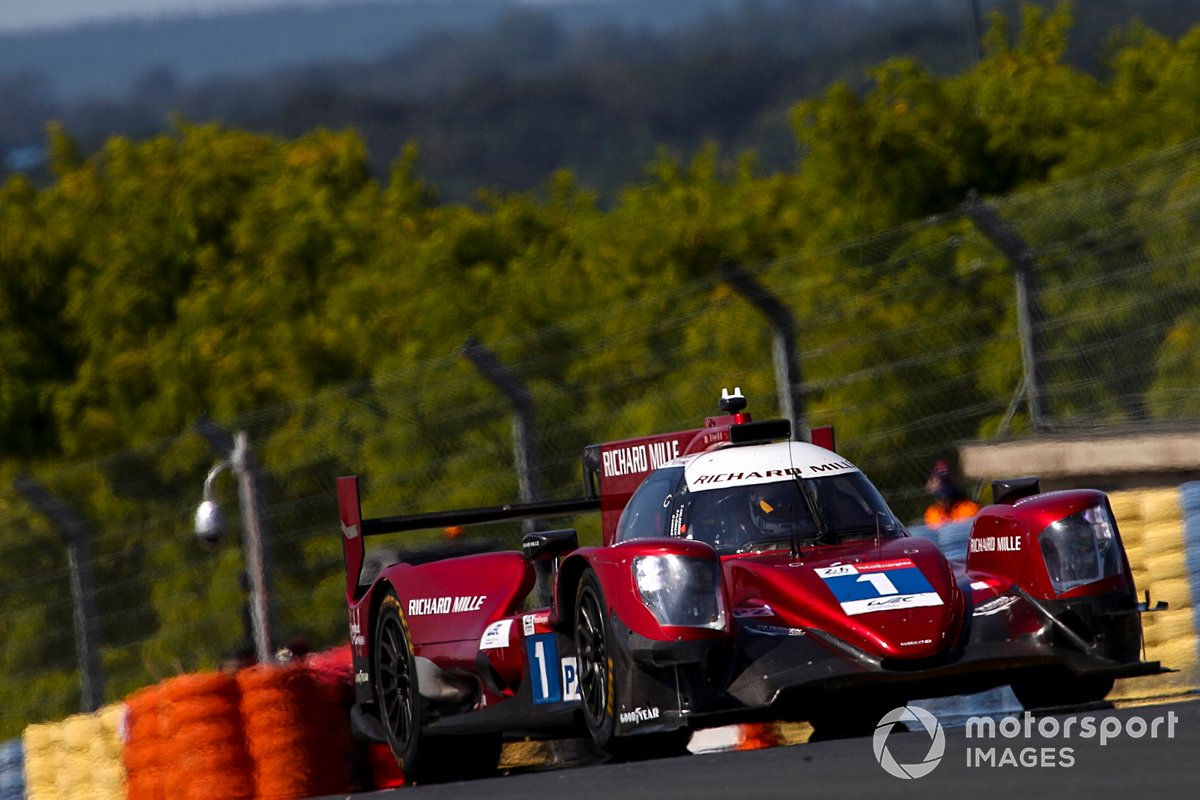