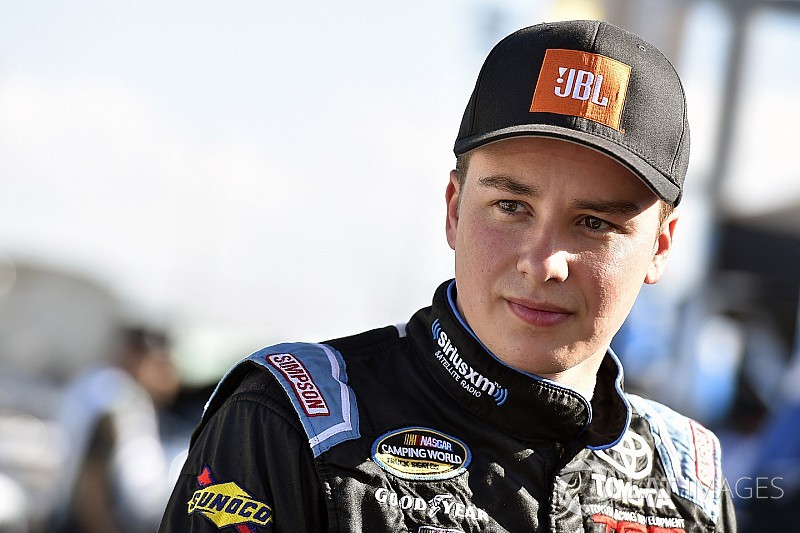 Christopher Bell was perfection on Thursday in the 32nd Chili Bowl Nationals.

"It was a ton of fun, man," Bell said. "The track got really slick, really wide—yes, a ton of fun. It’s pretty special, man, to be able to be tied with Kyle (Larson) and Bryan (Clauson). Those are two of the best in the business.

"(The car) is really, really good right now. I’m excited to get to watch tomorrow. Yesterday was opne of the best races I’ve seen in a long time, and I expect tomorrow to be another good one."

“Christopher was the class of the field all night,” Golobic said. “It was going to take a lot to beat him for the win.”

C.J. Leary, who started fourth driving the No. 55x for Alex Bowman, spun while battling Caleb Armstrong for second on Lap 3 to bring out the first caution. When the race returned to green, Chase Johnson passed Armstrong for second when Danny Stratton hit the wall in Turn 4 for Caution 2.

Bell once again shot out to a commanding lead on Lap 4 while the field battled behind the No. 71W Keith Kunz-prepared midget. By Lap 7, Golobic was challenging Armstrong for third. Gage Walker ignited Caution 3 on the backstretch on Lap 13. Bell had extended his lead to 4.7-seconds over Johnson.

Bell jumped out from the field again on the restart as Golobic passed Armstrong, then attacked Johnson for second. With five laps remaining, Bell, Golobic and Johnson held the transfer spots. Golobic cut Bells lead to 2.5-seconds when Cory Elliott spun to bring out the fourth and final caution with two laps.

"I was just trying to bide my time there on the bottom," Bell said. "I saw Golobic was coming, and I saw where he was making up time on the top, and I decided to go up there and give it a shot—and my car was really good up there, too."

Perhaps the most impressive drive of the night came from Tanner Thorson behind the wheel of the No. 63 Dooling Hayward Motorsports midget. After the he broke an oil line in his heat race seven laps in, he recovered to win his D Feature and C Feature before finishing fourth in the first B Feature to transfer to the A Main. He finished 11th in the preliminary race.

Michael Pickens also had a standout performance in the second B Feature, coming from 14th to the fourth and final transfer spot. He finished 14th.