Bagnaia: Aspar Mahindra fast in both wet and dry at Assen 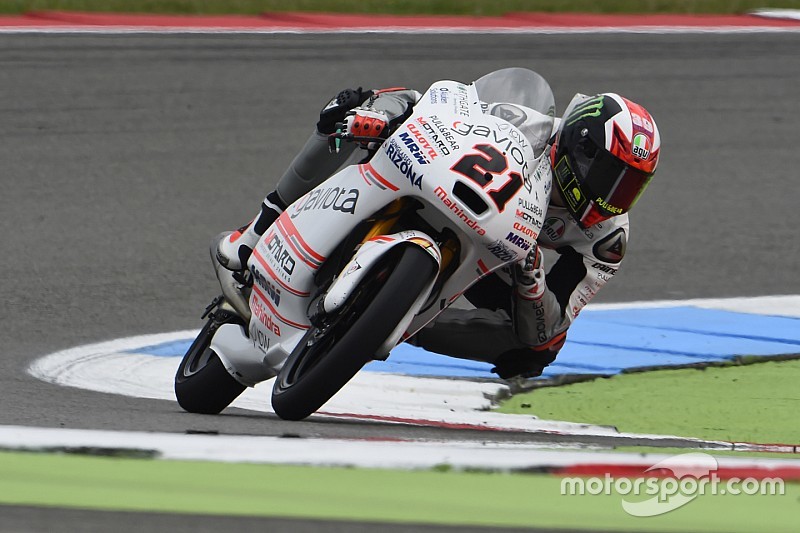 Francesco Bagnaia believes his Aspar Mahindra is fast in both the weather conditions witnessed at Assen weekend so far and hopes to fight for maiden win on Sunday.

Having finished 10th in Friday practices and third in final practice riding under changing conditions, the VR46 academy rider is confident of a good showing in Sunday's race.

A late rain in qualifying meant Bagnaia was left with little time to improve on his best time, thus starts 10th tomorrow. "I’m not so happy with qualifying," he said after Saturday's session.

"Because I think we can do a little bit better, our pace is enough for the front two rows of the grid, but what’s done is done.

"All weekend we’ve been fast and right in the top 10, I think today if I had a slightly better slipstream on my laps I could have got much further up," he added.

The Italian hopes for a dry race but adds the bike is good for all conditions. "In wet or dry conditions we are fast, which is important.

"Tomorrow we’ll see if we can fight for the win, this is a track that suits us and we could really push the other riders," he said.

Binder leads rest of the pack

Platinum Bay's Darryn Binder was the next best Mahindra-powered rider at 20th ahead of Peugeot's John McPhee, who looked fast all through the weekend.

The Spanish rider having to learn the circuit in FP3 couldn't improve after late rain in the session.

Martin pulls out of Assen, Arenas to fill in