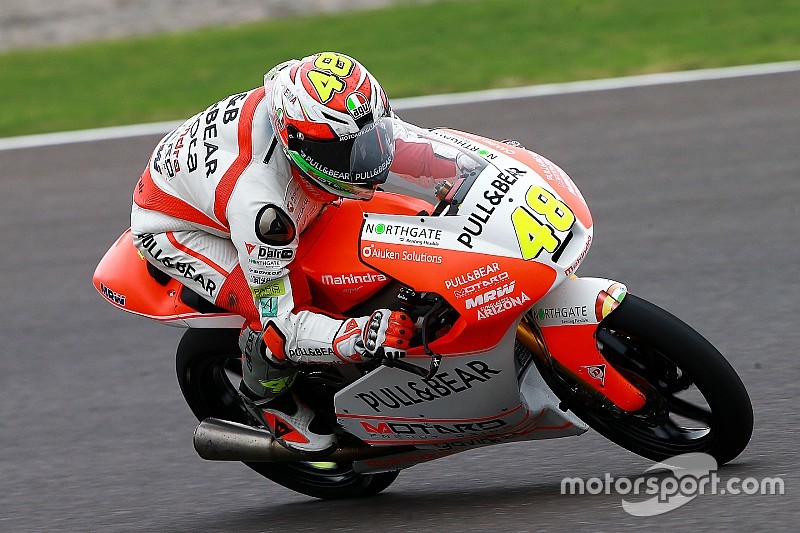 Mahindra Racing CEO Mufaddal Choonia is looking for areas of improvement after a difficult start to the 2017 Moto3 season.

After a breakthrough year in 2016 when Mahindra scored three victories, the Indian manufacturer appears to have fallen a step behind rivals Honda and KTM.

Mahindra has failed to score a single point in the first two races of the season, with the problem compounded by the fact that five of their six riders are rookies.

Choonia, who has overseen several upgrades to the manufacturer’s factory in recent years, says he is looking to develop the MGP30 further and ensure the rookie riders open their points tally as soon as possible.

“Clearly we are extremely disappointed with the way the first two races have gone,” Choonia said. “We have to really put our heads down and see where we can improve.

“Our first target is to get as many Mahindra riders in the points as possible. We knew it would be difficult considering five of our six riders are rookies, which makes our job even harder.

“But these are not excuses. We need to get going.”

“Our goal was to try to take advantage of the starting position to catch a good group and hold on for the race,” Arenas, who finished 25th, said after the race. “However we didn’t make the right tyre choice, and that spoiled everything.

“The tyre was completely gone… it was like being on water; I was almost crashing all the time. From there, I just tried to stay on the bike and finish the race.”

On the other side of the garage, Lorenzo Dalla Porta retired from the race with gearbox problems.

“We had a gearbox problem during the race,” the Italian rued. “I set a good third or fourth lap and thought I could make a comeback but once the gearbox started failing I went backwards.

“I managed three or four more laps but there was no point trying to continue. We leave Argentina feeling sad but this is racing. We have to take a step forward in the next race.”

Troubles for the factory-supported Aspar squad meant that Peugeot’s Jakub Kornfeil finished as the top Mahindra rider in 15th, three places away from a points finish.

Kornfeil’s teammate Patrick Pulkkinen was classified 26th, after starting from the back of the grid.