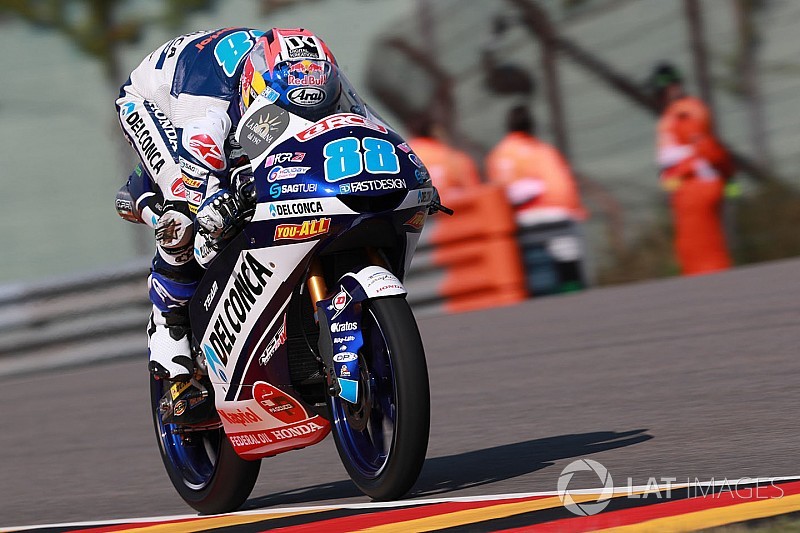 Jorge Martin took his fifth victory of the 2018 Moto3 season with main rival Marco Bezzecchi taking second at the Sachsenring.

Martin led the majority of the race, only giving up the lead on a few occasions, most notably when his Gresini teammate Fabio Di Giannantonio tagged him as the Italian crashed at Turn 1.

Martin passed PrustelGP KTM rival Bezzecchi with seven laps remaining and was able to pull away from the Italian to eventually win by 2.5 seconds.

Bezzecchi came under pressure from John McPhee (CIP KTM) but held on to second, with the Scotsman completing the podium.

Marcos Ramirez led for a few corners in the early stages, having started second, but dropped down to the second half of the top 10 before recovering to fourth.

Rookie Raul Fernandez, replacing the injured Darryn Binder in the Ajo KTM team, was running inside the top 10 early on before he was forced off-track at the last turn by Lorenzo Dalla Porta (Leopard Honda).

However, Fernandez fought back to take ninth ahead of Sprinta Honda duo Ayumu Sasaki and Adam Norrodin.