The Spaniard has been off the pace all weekend at Buriram as the stiffer carcass design of the rear tyres brought to cope with the heat demands doesn't suit the RS-GP, with Espargaro struggling in Indonesia and Austria on the same tyre.

Dropping into Q1 after practice, Espargaro was denied a place in Q2 by just 0.103 seconds and says he physically could do no more than that.

"I tried everything I could but I can't go faster. We tried a completely different bike this morning, super different, and it didn't work.

"But it's not enough. And then on the qualifying I braked super late every corner, accelerated super smooth to avoid the spin.

"But the bike doesn't go forward, so it's frustrating. I tried my best, I was satisfied with my lap but it wasn't enough just for one tenth.

"I'm frustrated, but it's difficult to ride faster than I'm doing." 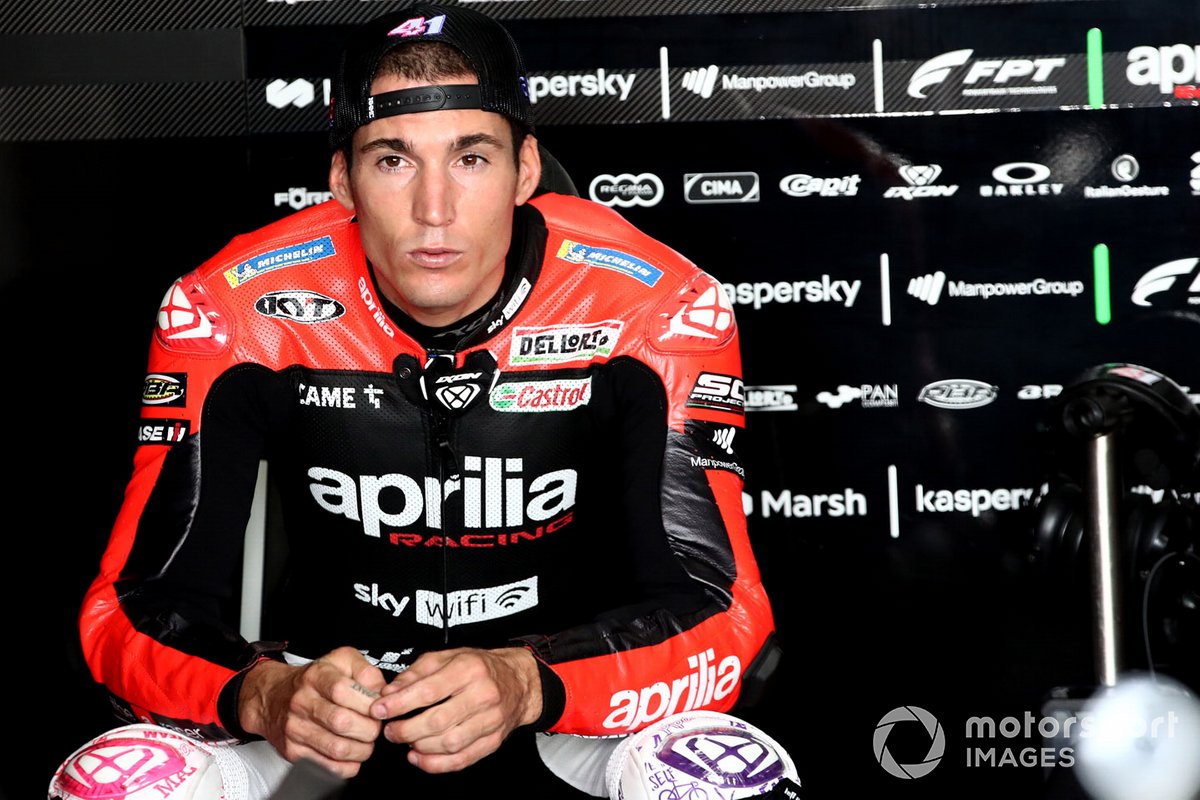 While the rear tyre issue is a long-standing problem for Aprilia, Espargaro refuses to count this as an excuse as "it's the same for the other riders".

"Yesterday in the technical meeting, my guys said to me it's because the carcass of the tyre is different," Espargaro said when asked if his lack of pace in qualifying was all a result of the stiffer tyre carcass.

"It's the same for the other riders, so I said 'don't say this to me' because we know that. It's a different carcass, but the others are fast.

"So why are we not? We have to understand, next year we will go to many tracks with heat so we have to adapt to whatever Michelin brings."