That left him half a second quicker than the next best rookie, Petronas SRT Yamaha rider Fabio Quartararo.

Bagnaia says that beating fellow Moto2 graduates Quartararo, Joan Mir (Suzuki) and Miguel Oliveira (Tech 3 KTM) will be his main focus during his rookie season in the premier class.

“My objective next year for sure will be to arrive in front of the other rookies,” said the Italian. “It was important for me to finish the test here as the first rookie.

“On the first day at Valencia [the first pre-season test] I was finding something very positive on the bike. It has been the key for going fast like this.

“With the team we are working very well, and this is another good perspective for next year. For sure we have a lot of points to improve, but I’m happy with these two days of testing.

"I thought I would have a hard time here because historically Jerez is a difficult track for Ducati. This year it was better but Honda still has something extra. So to finish three tenths from the top is good."

Bagnaia said he was particularly satisfied with the progress he had made under braking at Jerez, as he feels this is the area in which he is losing most time.

“I’m very happy to improve in the braking zones, because [on Wednesday] it was very difficult for me,” he said. “[On Thursday] we made a great step forward.

‘We have made the step and we are working on this direction and it was better for everything. The last bike I tried with the last setting was a good point for start next year.”

“It has been nice, because I’ve seen a lot of things,” Bagnaia commented. “He can close more the line on the exit and it has been positive for me to follow him for two or three laps.”

Quizzed on how he viewed his riding style, Bagnaia described himself as “a mix of [Jorge] Lorenzo and Dovizioso”.

Elaborating, he added: “For corner speed, for sure Lorenzo, and on the exit [of the corner], more like Dovizioso.” 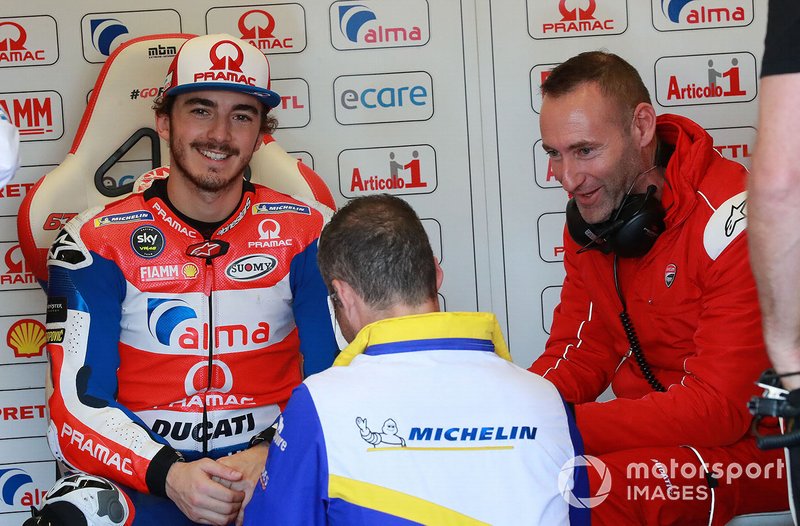 Injured Lorenzo set for another surgery