Championship "not in my hands" – Dovizioso

Andrea Dovizioso says the championship is "not in my hands" ahead of the MotoGP Teruel Grand Prix following another difficult qualifying in which he was 17th. 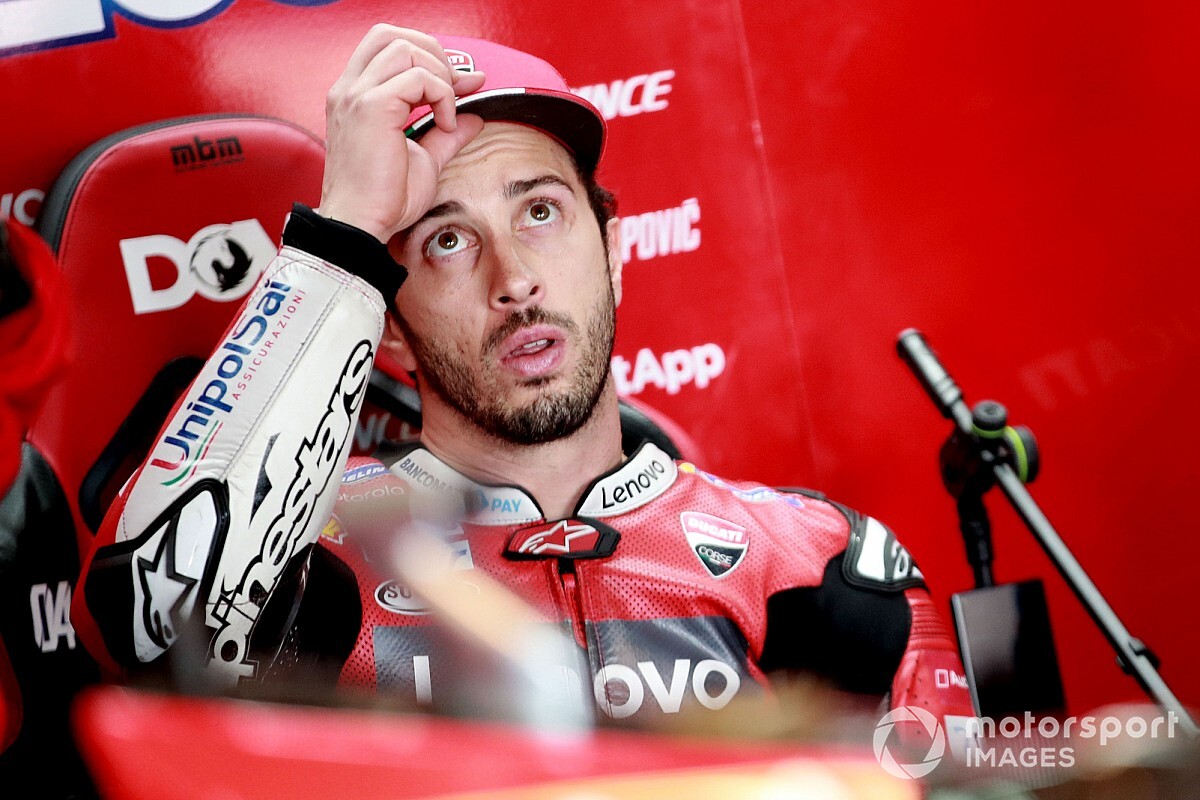 The Ducati rider once again failed to make it out of Q1 at Aragon on Saturday and could only manage 17th on the grid – marking the third time this season Dovizioso has missed the top 16 in qualifying.

Dovizioso said on Friday Ducati hasn't made any step forward from its tough Aragon GP weekend, and once again reiterated on Saturday the Italian marque has been left behind by its rivals.

Despite his tough Aragon GP weekend, misfortune for erstwhile championship leader Fabio Quartararo meant Dovizioso's seventh in the race was good enough to keep him with 15 points of new standings leader Joan Mir with four rounds to go.

However, Dovizioso says he "can't think" about the championship with speed he currently has.

"When you have that kind of speed you can't make any strategy and you can't think about championship," he said when asked by Motorsport.com if his titles hopes have faded after his qualifying.

"For sure, I will approach the race like always to get the maximum points.

"Like this, it's very difficult. At this moment I don't think about the championship because I don't think it's in my mind, in my hands."

Dovizioso's complaints about the effect Michelin's 2020 tyre construction has had on the GP20 and the difficulty he has had in adapting his riding style have been well documented.

Only Johann Zarco on the 2019 Avintia Ducati made it into Q2 on Saturday, with the Frenchman qualifying fifth.

But Dovizioso says there's nothing to be learned from the GP19 in terms of curing his issues with the tyre.

"I think it's just about riding style, and if you analyse this season you can see a lot of ups and downs," he added.

"A lot of riders have had really special speed, but look at the championship where they are.

"So, in the end this just confirms the situation is not under control for us and it's very difficult to manage and try to use the potential because we work a lot on set-up and we try to adapt.

"But at the end, as you see it didn't work. We are a bit faster in some tracks, but we've never been there. So, it's difficult."

Marquez "needs to be lucky" to mount Teruel podium charge

Quartararo has no "real pace" to fight in Teruel GP