LCR Honda rider Cal Crutchlow reveals he suffered a fractured tibia after slipping and falling from his bicycle ahead of the MotoGP round at the Sachsenring. 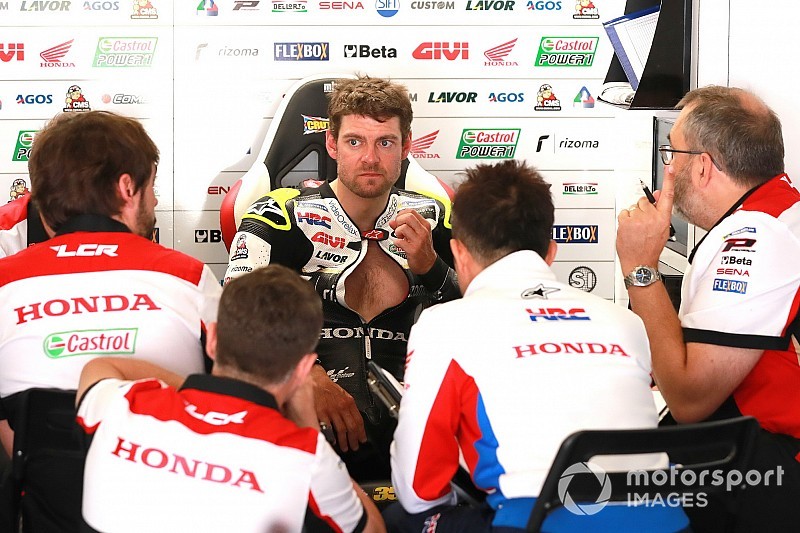 Crutchlow stopped to adjust the height of his saddle on his bicycle on Wednesday when he slipped, and banged his right knee against the ground.

The Briton already had a serious right leg injury last year, fracturing his ankle in a Phillip Island crash that ruled him out for the rest of the season.

But while he avoided a repeat of that injury, the impact instead broke Crutchlow's tibia, and the Briton is concerned about his fitness for the Sachsenring weekend.

"Unfortunately I have an injury, a bad injury to my knee. It happened yesterday in Assen," Crutchlow said.

"I rode home. I only had 30k left or something. I got off my bicycle to check my saddle height, I didn't feel comfortable on my bike so I stopped on a cobbled road.

"Half bent down to look at my saddle and my foot slipped from underneath me on the cobble and I hit my knee on the ground really hard.

"I broke the top of my tibia and it seems that the ACL ligament is completely snapped.

"Not in great shape, I don't know if I will be able to ride tomorrow, we will see. This is the situation this weekend, another story, always a drama."

Crutchlow said he had been in a hospital in Liechtenstein on Thursday morning, having fluid drained from his knee.

This gave his knee some mobility, but the Briton admits he is not sure whether he'll be able to bend his leg on the bike in Friday practice.

"I plan to ride, I plan to be as fast as what I can and I plan to have a good weekend," he said.

"Ironically some of my best-ever races have been when I was injured. I am taking the positives out of that.

"The problem here is the right-hand corners are tighter than the left so you have to really bend the leg. I will see tomorrow, at the end of the day I can't do anything about it.

"It happened and this is the situation. It won't be an excuse to go fast or slow this weekend and I will try and get my best." 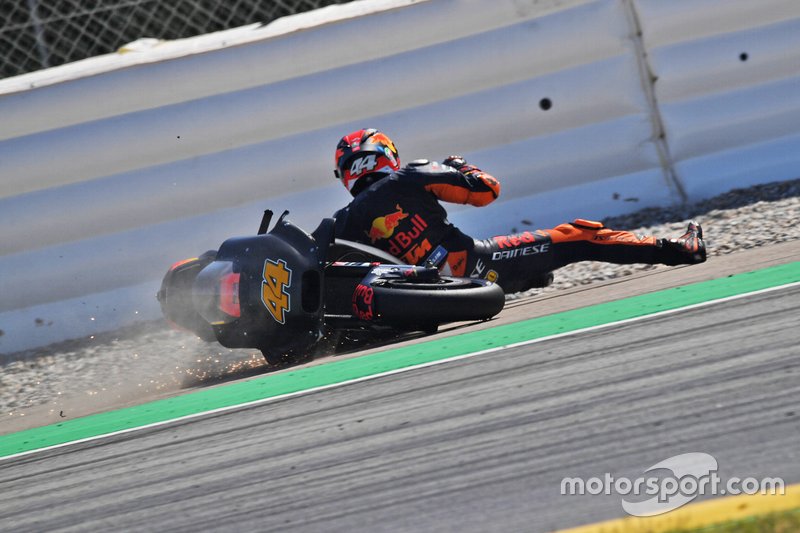 KTM's Pol Espargaro sustained a wrist injury in a Barcelona test crash, and hasn't had enough time to heal, especially as he had contested the Dutch TT in Assen last weekend.

"Now I'm a little bit better than how I finish in Assen, but the problem is, an injury needs time to recover," Espargaro said.

"I need time, and I think the time I need is not racing, it's time to rest. I don't know how it's going to be this weekend - looks like it's going to be painful as Assen, but hopefully a little bit less."

Crutchlow's teammate Nakagami had a big crash with Valentino Rossi at Assen, and arrived at the Sachsenring with his left ankle bandaged.

"I'm not really in the best condition. But I'm lucky because [it was a] really nasty crash," Nakagami explained.

"But I'm okay, and this is lucky, because looks really bad but not serious injury, no broken bone, so this is good things. And of course a lot of pain still - not only left foot, all my body is in quite [a bit of] pain."

Aleix Espargaro suffered fractures to his left leg and ligament damage after being taken out by fellow Aprilia rider Bradley Smith in Barcelona.

"The ligament is not an easy thing," he said at the Sachsenring. "I'm not worried about the fracture of the femur and tibia, but the ligament is something that just needs time.

"You have to be one month resting - and I wasn't. So I have liquid every time in my knee, two times they already removed the liquid of the knee, so the summer break [after Sachsenring] will be super good for my knee."