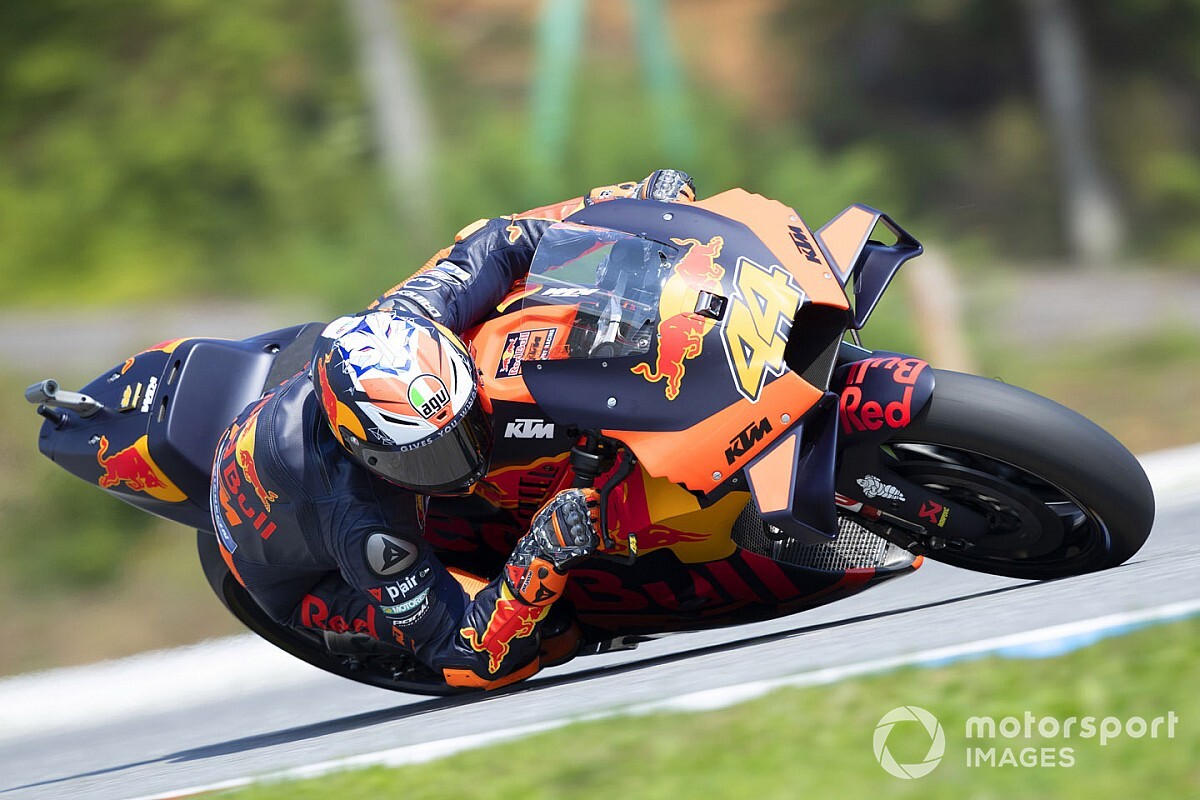 Pol Espargaro says he is “pissed off” at having lost his second-fastest MotoGP Czech Grand Prix qualifying lap due to a late yellow flag and will appeal the decision.

The KTM rider fired in a 1m55.779s lap in the closing stages of qualifying at Brno, which put him into a provisional second on the grid – equalling the Austrian marque’s best qualifying result from Misano last year.

However, this lap was cancelled as he set it while improving through a yellow flag zone at Turn 9 for LCR rider Cal Crutchlow’s crash.

The yellow flag rule was tweaked after the Spanish GP so that any rider who improves through their lap having ridden through a yellow zone – single or double – will lose the lap.

Espargaro was shuffled back to sixth as a result and says KTM will appeal the “bullshit” decision, as he claims the yellow flag was not being shown where it should have been.

He fumed: “I was confident, I was pushing along on the second tyre, and everything was going well until the yellow flag was there – or it was not there where it should have been in Turn 8 for me to see the yellow flag, because it was in the middle of two corners with no visibility, impossible to see.

“At the end I have the feeling that it was not our mistake, it was their mistake, they didn’t show the yellow flag when they should, where we all agree in the safety commission where the yellow flag should be and I paid for it.

“I’m a little pissed off because it was one of the best-ever qualifying I did with the KTM.”

Asked if he would appeal, Espargaro said: “Yeah we will, but they will say ‘there is a yellow flag on the corner’, but it’s just talking bad.

“It’s bullshit. There is no yellow flag in that corner, maybe you can see the yellow flag [if you] zoom in on the image - imagine me on the bike changing direction? “No way. No way [I could see it].

“Once a decision is taken, it’s difficult for them to go back, they are the authorities. [But] the authority saying ‘sorry I did a mistake’, I’ve never seen it.

“But at least we need to say when they’ve done something wrong.”

Crutchlow – who qualified 12th after his crash – says the “rule is not the best in these situations” as his bike had been cleared.

“I believe this rule is not the best in these situations, because I got straight off the bike, it was cleared straight away and unfortunately Pol would have made a good lap [and] he never got it,” said the LCR rider.