Jorge Lorenzo reckons he would make the same decision again to leave Yamaha after the 2016 MotoGP season if he could relive the last few years of his grand prix racing career.

Not long after scoring his third MotoGP title at the expense of Yamaha teammate Valentino Rossi at the end of a controversial 2015 season, Lorenzo made the decision to switch to Ducati for 2017.

A two-year stint with the Bologna marque yielded only three victories and a best championship placing of seventh, before his ill-fated 2019 Honda move that culminated in the Spaniard announcing his retirement from racing at the end of the year.

Now reunited with Yamaha in a test rider role, Lorenzo is adamant that, given the option, he would make the same choice again to jump ship to Ducati, even though he admits that not doing so would have meant suffering fewer injuries and winning more races.

"More than a lack of affection [from the team] it was because Rossi was there, and from a media point of view he was very strong," Lorenzo told Spanish broadcaster DAZN.

"I knew that if I continued at Yamaha I would have the best material, I always had it and there is no complaint about it. But it is true that Valentino's media power was always very strong and in 2015 it was very evident.

"But it wasn't the main reason [to leave Yamaha]; I wanted to change, to do something that would make me feel alive and make me wake up in the morning wanting to give my all.

"If I'd stayed with Yamaha I'd probably have a few less broken bones and have achieved more victories, in general my stats would be better. But looking at it now in perspective, I would do what I did again."

While Lorenzo is poised to spend 2020 on the sidelines, his hopes of making a wildcard on a third factory Yamaha at Barcelona now dashed, Rossi is about to embark on his 21st season in the premier class and his 15th for the Iwata marque. 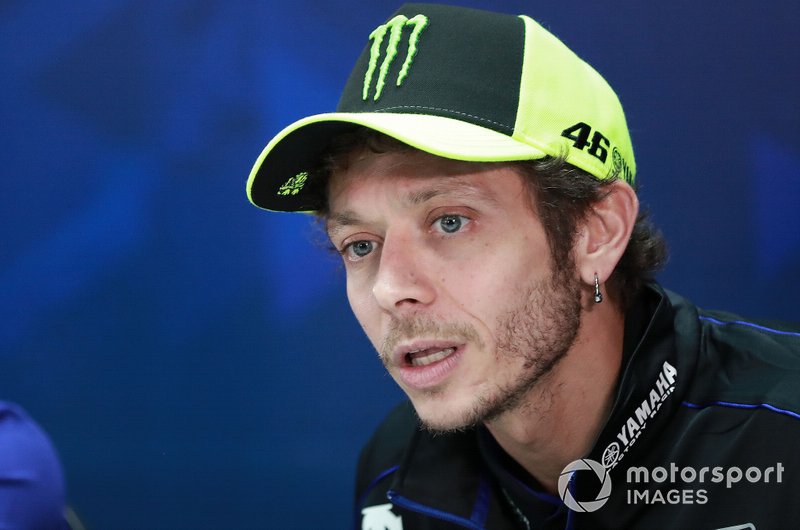 Although Rossi hasn't won a race since the 2017 Dutch TT, Lorenzo reckons his old teammate could return to the top step of the podium this year.

"It's something unique, to be able to achieve at that age, at 40 or 41, in MotoGP," said Lorenzo. "To continue fighting to win races is something unusual and has enormous merit. Nobody has done it until now, only Valentino, and it's tremendous.

"I sincerely think that if he has a better feeling with the bike than last year he could improve his results immensely and win races again, I firmly believe that."

Lorenzo added he feels that the gentler nature of the Yamaha is key to Rossi being able to remain competitive so late in his career.

"To ride the Honda and the Ducati you have to be a perfect athlete to be able to keep up with the pace throughout the race."