Suzuki’s Joan Mir admits he had problems with breathing in some MotoGP races late in the 2019 season, a legacy of his monster Brno test crash in August. 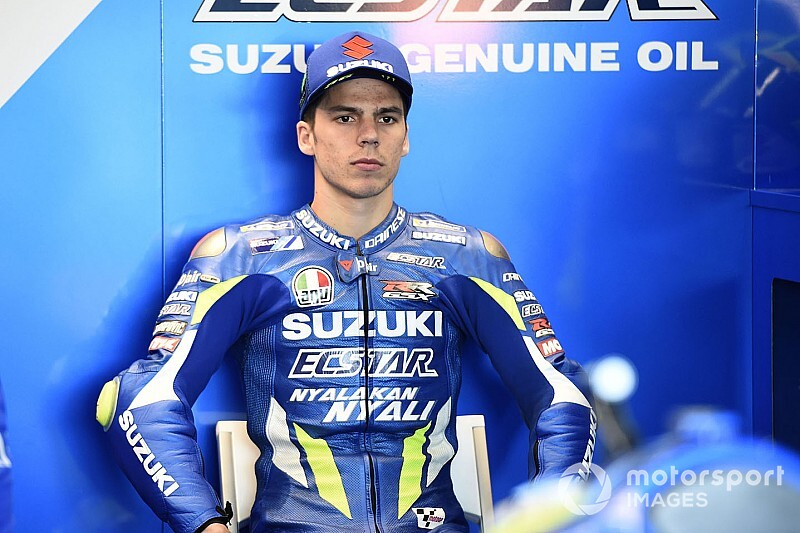 Mir was forced to miss the Austrian and British Grands Prix after suffering lung contusions in a violent 186mph accident during the post-race Brno test.

He returned at Misano and managed a top-eight finish, before going on to finish the year as second-best rookie in 12th in the standings.

However, Mir revealed in Valencia that he “struggled to breathe more than normal” in the Malaysian and Thailand races, and said doctors told him his injuries will need six months to fully heal.

“I struggled [in races], but not here,” Mir said in Valencia. “I struggled in Malaysia because when the temperature and humidity is really high, I struggle to breath more than normal.

“At the end, for Valencia, this was not a problem, [nor] for Australia of Japan. But for Thailand and Sepang, yes.

“Now we have time to recover. The doctors say this injury also probably needs six months to recover.

“I need more time to get ready at 100 percent because I had the injury, then straight away we had the Misano race and we never stopped. For sure, the break will be really good for me.”

Mir managed nine top 10 finishes in his first year in the premier class and summed up the year by saying he had “potential, but bad luck”.

He explains that he showed often that he and Suzuki had pace “to fight for the top three”, but was hindered by lacklustre qualifying performances.

“Difficult season because of injuries, one big one,” added Mir, who only qualified on the front three rows five times in 2019.

“At the end I will say [we had] potential, but bad luck. This is what I would say about this season. We showed in a lot of practices, even in the races, that our pace was to fight for the top three.

“But, then we always [had to] come from [further] back and in this category we are all really close and to make a difference, always it’s really difficult. This is what we have to improve.”

Ride onboard with Valentino Rossi in Mercedes F1 test

Special livery to mark in Sydney the end of a great era in motorsport: TeamVodafone