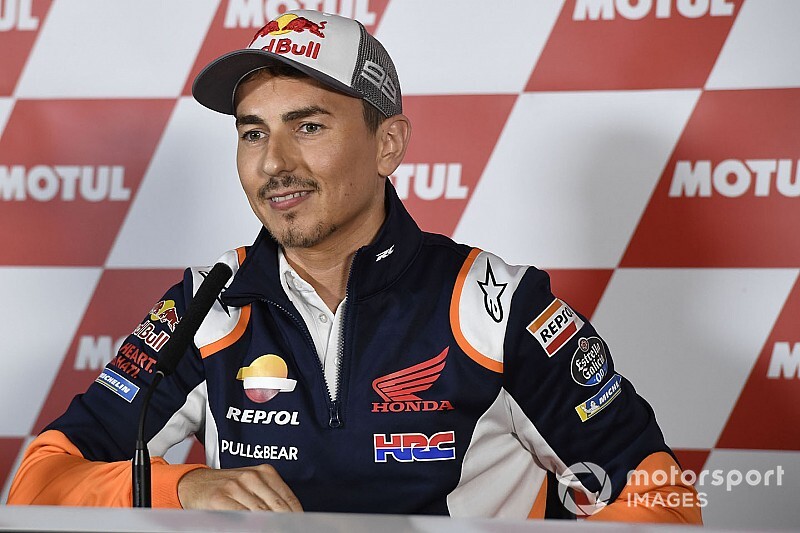 Lorenzo retired from racing at the end of the 2019 Valencia Grand Prix following a difficult sole year on the Honda, in which his struggles to adapt to the RC213V and various injury problems meant he didn't even manage a top 10 finish.

However, Yamaha confirmed later in the year it would not continue with Folger despite claims from him that he still had a contract.

It then looked likely another ex-Tech3 rider in the form of Johann Zarco would take over as Yamaha test rider in 2020, with Valentino Rossi's now ex-crew chief Silvano Galbusera set to work with him.

However, Yamaha took this offer off the table when Zarco agreed to ride in place of the injured Takaaki Nakagami for the final three races of the season on the LCR Honda.

Yamaha boss Lin Jarvis confirmed in Valencia that the testing programme had been reviewed, and from 2020 there would be a global test team formed of the Japanese test team, while hinting at there still being a European rider in use.

Lorenzo said on Servus TV in Austria this week that he will be back in the paddock in 2020, but was coy to specify in what capacity.

"Of course, I'll be back in the paddock, but I don't know in which function yet," said Lorenzo.

"We're definitely working on it, maybe I can talk about it soon. I've travelled so much, 17 years of my life, always been in the same hotels, on the same tracks, in the same places, doing the same thing.

"There was a lot of pressure, there were many injuries. And there was always the will to give one's best, even in training.

"I really always saw myself as a happy person with what I was allowed to do, what I loved and where I was successful.

"But when you then get the opportunity to live a little more freely and calmly, as I can now, then you naturally take advantage of that and enjoy that you have no pressure and see what life brings."