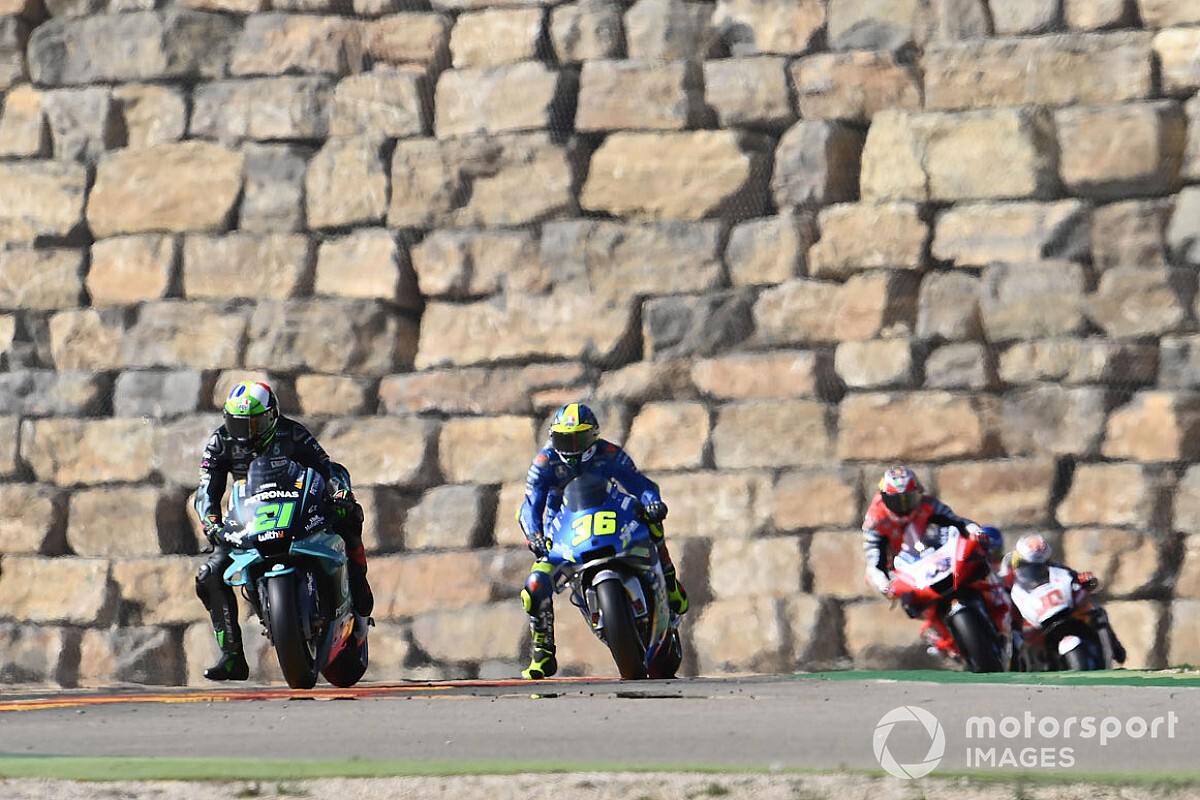 Morbidelli ran in third on the opening two laps of the Aragon GP before Rins passed him on the third tour at Turn 1, with the Suzuki rider leaping up from 10th on the grid.

The Petronas rider would fall victim to the sister Suzuki of Joan Mir in the following laps, before eventually finishing sixth after LCR's Takaaki Nakagami pipped him for fifth late on.

The Suzuki is always a strong bike the second half of races due to its excellent tyre preservation, but generally takes a few laps at the start to settle into strong pace.

However, after seeing Rins come by him in Suzuki's "mode" so early, Morbidelli says "you have to be scared".

"I saw a Suzuki in a really good shape in this race," Morbidelli said. "When you see them in their 'mode' so early in the race, you have to be scared.

"I was scared because I was expecting the Suzukis, but not this early in the race. Rins overtook me on, I think, the third lap - I was impressed by that.

"What you see when you're behind them is they have unbelievable grip and unbelievable drive out of the corners, and they are able just to ride on a different level compared to you."

Morbidelli says he struggled for pace in the early laps on his medium front tyre and it was too late for him to make any inroads into the podium battle by the time his pace improved.

And after Rins came past, he knew it would be "a completely different race" for Yamaha to what practice pointed towards.

"On lap three I knew it was not Yamaha's weekend when I saw Rins overtake me so early on," Morbidelli explained. "I knew it would be a completely different race to what we saw [was possible] on Friday and Saturday.

"From that moment on I tried to put my pace, trying to catch Maverick [Vinales] and forget about Suzuki and Honda, because when the grip goes down like this it costs us a lot.

"I overtook [Fabio] Quartararo and approached Vinales, I regained some ground to him but not enough."

He added: "Unfortunately, the hotter race made the balance and the level a bit different.

"So, the levels and the balance changed in favour of Suzuki and Honda, and we struggled a bit more. But anyway, looking at the other Yamahas we did a good race."