Johann Zarco says the base set-up Dani Pedrosa brought to the KTM in testing during the summer break will be “important” for him in the second half of the 2019 MotoGP season.

The double Moto2 champion's debut campaign aboard the RC16 has so far been a miserable experience, with just one top-10 finish and 16 points to his credit from the first nine races.

Since MotoGP returned to Europe in May, 31-time premier class race winner Dani Pedrosa has carried out a number of private tests on the KTM, and spent three days on the bike at the Austrian marque's home circuit of the Red Bull Ring in the summer break.

Zarco has previously pointed out Pedrosa's comments on the bike have been similar to his, and believes the work he did over the summer will give him a new base set-up which will allow him to push without “losing myself too much”.

“To make also a fresh [start] and get a good base, I think the work Dani has done during this summer will be a great base [to start from],” Zarco said when asked about what the KTM updates brought to the Czech Grand Prix will do for him.

“He is this kind of rider who is so clean in his riding and knows perfectly what he does on the bike.

“So for me it's pretty important to have this base set-up and from that push myself to not lose myself too much as I did in the last races.”

Zarco has been working with a new manager, ex-500cc rider Jean-Michel Bayle, since an outburst over the bike at Jerez prompted a backlash from KTM management, and has previously stated this has helped him to re-focus himself.

When asked how he reflected on the first half of the year during the summer break, Zarco says he is now more accepting of his current situation and that changes made to the bike may not bring the immediate gains he hoped for.

“The focus for the second half of the year is to control better all the emotions that I would go through in the first part of the season,” he added.

“[I've] been sad too many times because I was not getting what I wanted [from the bike].

“And the summer break allowed me to accept better my situation, and then just accepting that [mentality] can help me to better work and accept changes [to the bike] may not immediately bring me progress - but at the moment if I do not change anything I will not make progress.” 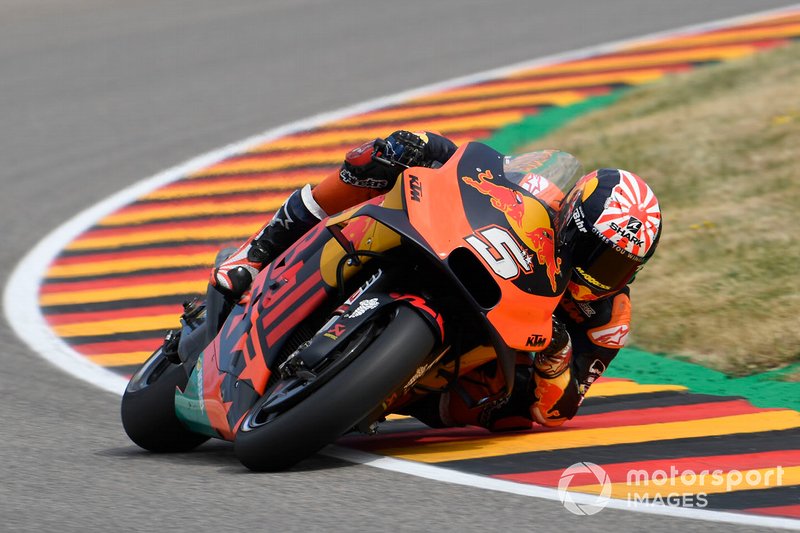