Fabio Quartararo admits he is “not really thinking” about beating future teammate Maverick Vinales in the 2020 MotoGP campaign ahead of his step to the works Yamaha squad in 2021. 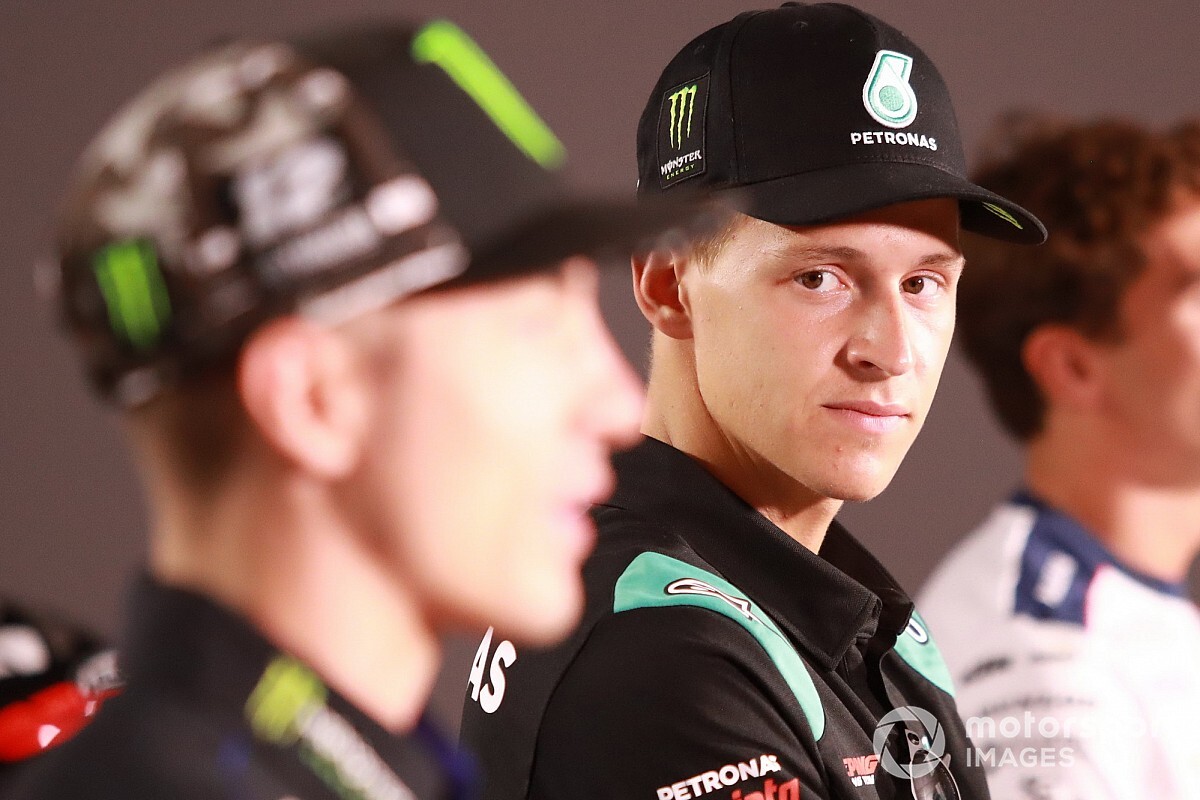 Quartararo will join Vinales at the factory Yamaha team next year after both were signed to two-year deals with the Japanese manufacturer back in January.

Despite a breakout rookie season in 2019 with Petronas Yamaha, in which he managed seven podiums, Quartararo failed to win a grand prix while Vinales won twice and finished three places ahead in the standings in third.

However, Quartararo has since won three times in 2020 and leads the standings by eight points, while Vinales has only beaten him on-track once – when the works Yamaha rider won the Emilia Romagna Grand Prix.

Speaking exclusively to Motorsport.com last month, Quartararo says he’s not “fully focused” on where he is relative to Vinales and believes Yamaha is confident in his potential.

“No, I’m not really thinking about it right now,” Quartararo replied when asked if beating Vinales before becoming his teammate was important to him.

“In the beginning of the season he said that who will finish as the first Yamaha will be really important, but in the end I am just doing my job.

“There is not only Yamahas in paddock: there is Ducatis, Suzukis, KTM, Aprilia. So, you need to do the best, finishing in front of everyone. I’m not fully focused on Maverick.

“I think Yamaha has taken me because I’m riding their bike in a really good way, they know I have the potential to fight on top.”

Prior to his victory in last weekend’s Catalan Grand Prix, Quartararo endured a tough run of five races between Brno and the second Misano outing.

Scoring just 33 points having taken the maximum 50 following his domination of both Jerez rounds, he failed to reach the podium once (he crossed the line third in the Emilia Romagna GP, but was demoted to fourth owing to a time penalty for a track limits violation).

Quartararo said last month he was “getting used” to riding around the Yamaha’s problems – which seemingly stem from Yamaha denying him use of an electronics setting in the wake of its engine issues at Jerez – and feels the lessons he learned from his difficult years in Moto3 and Moto2 have helped him to do this.

Espargaro “convinced” he can replicate KTM success at Honda

Binder admits he has "thrown away" big results in 2020