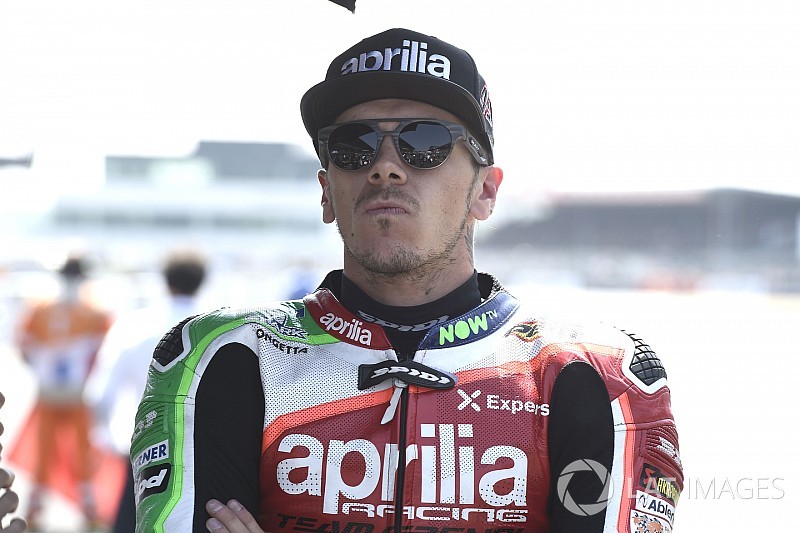 Scott Redding says he found out that he would not be retained by the Aprilia MotoGP outfit for 2019 from “social media”.

Redding joined Aprilia on a one-year deal for 2018 and will not continue with the outfit past the end of the current contract, as it has already signed Suzuki outcast Andrea Iannone instead.

Iannone's Aprilia deal was confirmed last Friday, and Redding says he had not been informed that he'd be losing his seat ahead of the official announcement.

"They didn't inform me. Social media informed me," Redding said. "Which, we spoke about it, I was not happy. There was some confusion. But it is what it is.

"It's not nice to find out that way because honestly the team is great. I've not had a bad word to say about them at all.

"But this was a bit like - 'come on, we get along well, we're quite close, I would've thought you would've told me'.

"But I think for them was also a hard bullet to bite, to tell me. Because they feel where I am, but they need something to make the result."

Having scored only five points in his first six races on the RS-GP, Redding said the news was easier to take because it has not been unexpected.

"I'm not really disheartened about it. I saw it coming, that's the only thing that I had in the pocket was, it wasn't from nothing, making good results and then they kick me out - it was no results really coming, we were trying but we just cannot put the result on the paper on Sunday.

"I've been a bit unlucky and sometimes we've had some mechanical problems, been crashed out.

"We've been struggling to make the high performance, so I knew it was around the corner. So it's not like 'woah, what's happened'. It is what it is."

The Briton did, however, express regret that he had not been given more time to prove himself on the RS-GP, with his Aprilia future decided less than a third of the way into the 2018 campaign.

"The problem here is, they f**king sign you for a year, and they already want to sign the next one after two races. You don't even have a chance to prove yourself.

"If you have a one-year deal and you find the grips, and it comes in the latter half of the season - which is normal when someone changes the bike, the first half you're adapting, you're understanding, the second half should be a step. But they're already judging you on this area.

"So on that hand you're a bit handicapped with it, you can't do much with it. And that's what's hard.

"I would like to see improvement throughout the year for myself, and it's not going to change my future here, but at least I can understand myself and understand that I can help them develop the bike."

Pedrosa reveals he has "several options" after leaving Honda