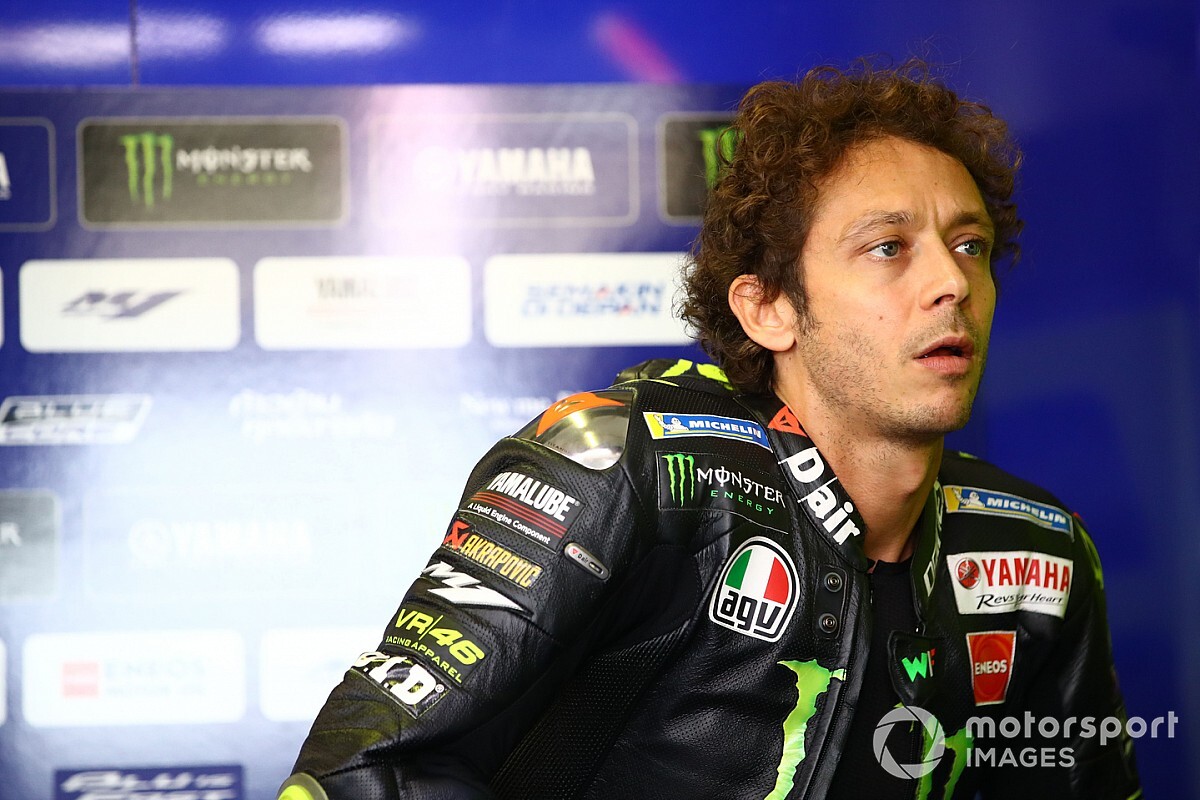 Valentino Rossi "thinks" he will sign his 2021 MotoGP contract with Petronas SRT Yamaha during this weekend's Catalan Grand Prix and confirmed who will join him from the factory team.

The nine-time grand prix world champion will be replaced at the works Yamaha team by current Petronas rider Fabio Quartararo, who agreed a two-year deal with the Japanese marque at the start of the year.

Yamaha confirmed at the time it would back Rossi at Petronas should he decide to continue, with his original plan to see what his performances were like in the opening six or seven races before the COVID-19 pandemic wrecked this.

Confirming back in July that he was "99 percent" certain to remain in MotoGP with Petronas, it has long been thought that the delay in announcing a deal has surrounded the make-up of his team.

When asked on Thursday ahead of this weekend's Catalan GP what the situation was with his contract, Rossi admits there is still "something to fix" but is set to put pen to paper soon.

"Like I said last week, we try to sign during the weekend, between the Misano races we fix everything, also in the last days," he said.

"The situation is very clear, I will race with Petronas next year, but the contract is a little bit long and there's something to fix.

"But we're not in a rush because we already agree, but I think during this weekend I will sign the contract and I'm very happy to continue next year with Yamaha and Petronas."

When asked by Motorsport.com what details were still to be finalised, Rossi replied: "First of all, for me, it's sometimes in MotoGP we will sign the contract for the next year too early.

"A lot of times you already start to think about the next season before thinking about the current season. I think that day by day, step by step everybody signs earlier, and for example we sign a lot earlier than [drivers] in Formula 1.

"So, I was agreed with Yamaha, and also with Petronas, we already speak from Jerez, but because we are ok we don't make [a decision] in a hurry.

"It's an important contract, so we have something to fix: technical, the bike, and also the team because I think some people move from Petronas to factory with Quartararo, and the opposite.

"But in general, we are not in a hurry. We arrive here and I'm happy, and it's like this."

While the deal was originally thought to be for 2021 with an option to extend into 2022, Rossi said it is just for one year, with an extension only being offered if all parties are happy during next season.

"We also talked about making a 1+1 contract, but in the end we decided to do only one year for now," he added. "Contract says that if everyone is happy - both me, Yamaha and Petronas - we can continue.

"It depends a lot on my results in the first part of the season, then in the summer break we will decide together. If I go strong next year, I do podiums and fight to stay in the top five of the championship, I can also continue.

"It's not a real option, because that's usually a more precise thing. The contract only says that if we are all happy, then we can continue.

"At first I was almost angry with Yamaha, because it seemed a dry one-year contract, which was certainly the last.

"But I told them that it will certainly not be the last and that we will have to see how I go. They understood, but we have decided on a one-year contract and then let's see."

"I'm very sorry, especially for Alex and Brent, because they wanted to come with me," he added.

"Alex had always told me that he would be there as long as I ran, and then he would stop with me. Brent also more or less said the same. It will be sad not to have them next year and maybe not to do the last race together, so I'm very sorry.

"I tried, but in Petronas there are also other people working there and unfortunately it was not possible.

"[I will] have Matteo, David and Idalio, but I will be very sorry not to have Alex and Brent, because now when I enter the garage it is a bit like being at home: they are not mechanics, they are family members now, because we have been together for 20 years.

"It will be sad not to have them next year."