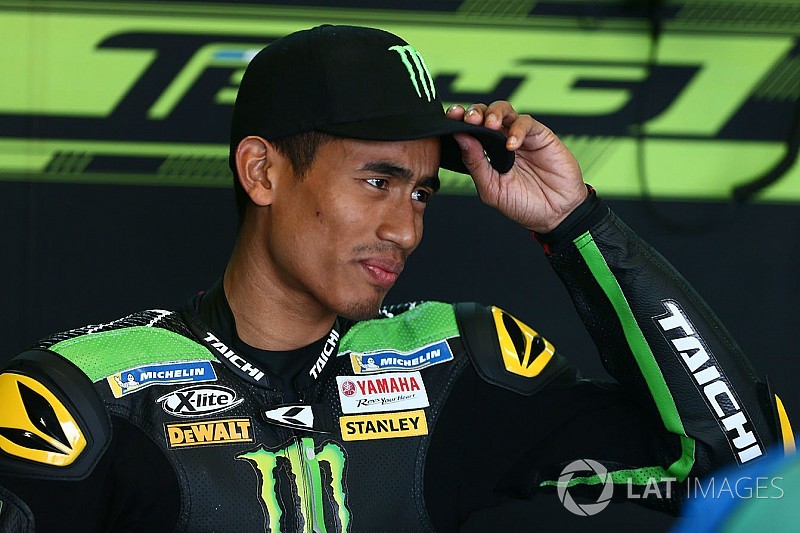 Hafizh Syahrin has been confirmed as a full-time Tech 3 MotoGP rider for the 2018 season following his test debut for the satellite Yamaha outfit in Thailand.

The 23-year-old will become the first-ever premier class rider from Malaysia after being selected to replace Jonas Folger, who was forced to withdraw on the eve of the season with Gilbert's syndrome.

Syahrin has been a regular fixture of the Moto2 class since 2014, scoring a best championship finish of ninth in 2016 aboard a Petronas-backed Kalex and sealing two podium finishes last year.

He joined the Tech 3 squad for last week's second pre-season test in Buriram, after Pedercini World Superbike rider Yonny Hernandez was called up at short notice for the preceding Sepang test following the news of Folger's withdrawal.

Syahrin finished the test 21st-fastest, 1.756s off the pace, having knocked 1.6 seconds off his best time from the opening day.

His performance earned praise from Tech 3 boss Herve Poncharal, who described Syahrin as the "best solution" the team had available.

"He has done a great job, he progressed every day and he finished only 1.7 seconds from the best laptime - knowing that he’s far from having reached his full potential," Poncharal told MotoGP.com.

"I am really amazed! In addition, he’s someone who is super-humble off track, super-nice.

"I think we’ve found a rider who is the perfect fit for what we’re looking for. After the unfortunate and late withdrawal of Jonas Folger, it’s the best solution we have.”

Syahrin will rack up further mileage on the Tech 3 Yamaha in the final pre-season test in Qatar on March 1-3 ahead of his MotoGP debut at the same track on March 18.

What we've learned from MotoGP testing so far