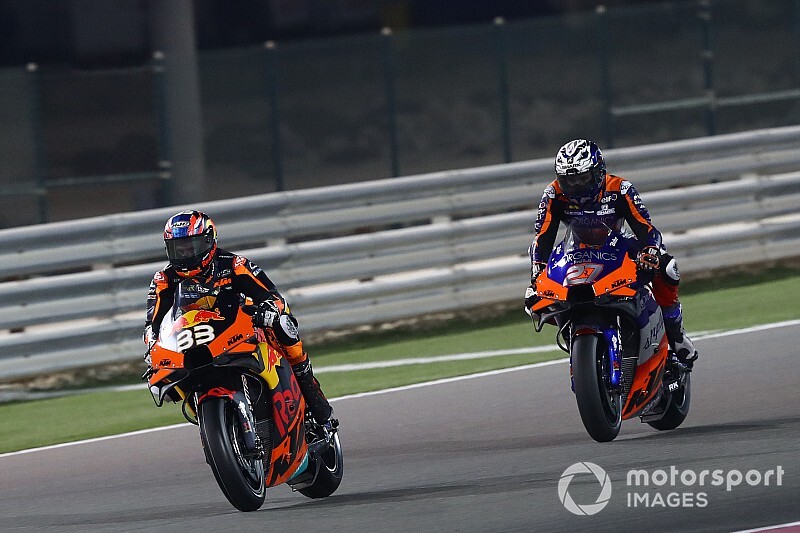 KTM MotoGP boss Pit Beirer says that the premier class manufacturers have agreed to hold an extra pre-season test before the coronavirus-delayed 2020 season gets underway.

The current championship has had the first five races of the season struck from the schedule, while it is also expected that May's French and Italian Grands Prix will also be cancelled or postponed due to the worsening COVID-19 situation in Europe.

Even if the season could commence at the following round in Barcelona in early June, it will have meant that riders will have had over three months off since the last test in Qatar.

As a result, Beirer confirms discussions have been had with MotoGP owners Dorna Sports about holding a test at Barcelona - or whatever circuit will eventually host the opening round - either a week or two before the race.

"This has already been planned," Beirer told Motorsport.com when asked about the possibility of holding a test prior to the start of the season.

"This is very important because we cannot put the riders on the bikes and demand the show from them in this situation. It will certainly be a great test, and then we will start again."

Dorna and MotoGP's governing body has been one of motorsport's most proactive organisations during this troubled period, with numerous updated calendars issued with the loss of each of the first four races.

Beirer has branded the communication with Dorna and governing body the FIM "excellent", but admits the constant release of calendars has been "absurd" given the current climate.

"The communication has been excellent," Beirer added. "The president of the FIM [Jorge Viegas] has always been available to me, as well as Dorna.

"There has been a close exchange. It is perfectly natural for each of us to try to carry on with our own programme. But, then I found it annoying that new calendars were sent every day: I find it absurd, because nobody knows when we can start again.

"In the second phase, we agreed that calendars should not be treated in detail, but that we should wait until there is a solution. Then we have to sit at a table together; promoters, organisers and manufacturers.

"Now we have to be realistic. If we think of Italy, where we love running so much - where we like to be guests and where we have a lot of friends - the difficulties they are experiencing right now will somehow also reach us, so there is no need to make a schedule.

"The virus has already shown that it doesn't need a roadmap."