Why revised Le Mans MotoGP schedule is critical for Vinales

Maverick Vinales says this weekend’s revised French Grand Prix schedule, in which MotoGP will race before Moto2, will be an important opportunity to understand the behaviour of his Yamaha. 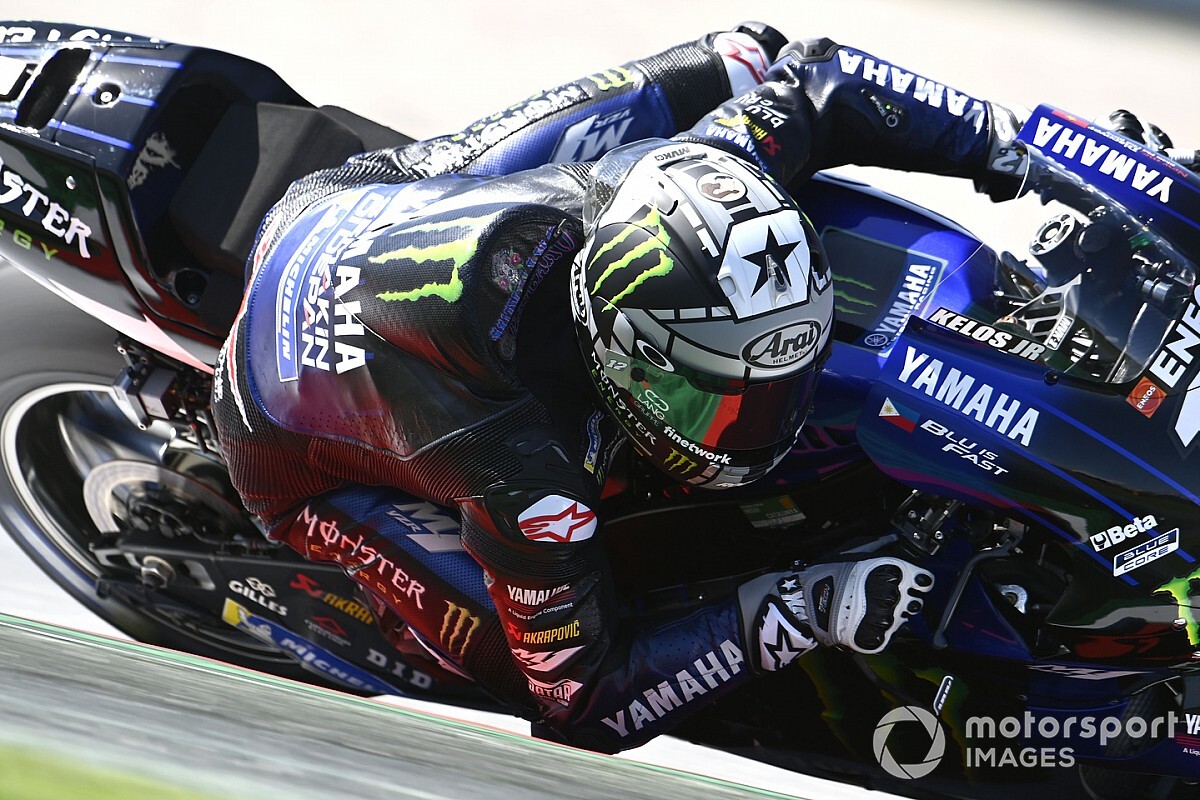 Vinales has typically struggled with grip in the early parts of races on his factory M1 bike, forcing him into recovery rides more often than not after showing race-winning pace throughout practice.

This proved to be the case at the San Marino GP, when he went from setting a record lap in qualifying to calling himself a “kitty” in a race he finished in sixth place, 5.3-seconds off Yamaha-mounted race winner Franco Morbidelli.

A change in approach in practice for the second Misano race, where Vinales focused exclusively on high fuel runs, paid off in the race and he inherited victory after a late crash for Francesco Bagnaia. Part of the issue for Vinales’ mystifying form loss in races has always been thought to relate to the high quantity of Moto2 rubber on track for the MotoGP race during a weekend – something reflected at the post-San Marino GP test, which Vinales topped on a circuit caked in Michelin rubber again.

With the MotoGP French GP starting at 1pm local time, and Moto2 moved afterwards to avoid clashing with the Formula 1 Eifel GP, Vinales has an opportunity to test this theory should it remain dry on Sunday.

“Le Mans is a track where we’re used to being on good grip and riding on a good way,” said Vinales. “Last year in FP1, FP2 we were very strong. This is the facts and we need to try to especially understand if before the Moto2 race the feeling is the same or not, because normally in the practices we can be strong.

“But normally in the race we go backwards. So, this weekend is a good opportunity to understand many, many things for us.”

Vinales won at Le Mans in 2017, while Yamaha has won eight times in the modern MotoGP era at the French GP. As a result, Vinales believes it’s a circuit where he can “take out the maximum” from the M1.

“For me it’s very important to understand many things this weekend,” he added. “First of all to see if our new bike is good in the wet because it will be wet most of the practices. And then, we will see if before Moto2 we have the same conditions as we have all weekend.

“This will be important for us. After all, I think Le Mans is a track where I can take out the maximum performance easily on the bike, I understand very well what to do to go fast.”

Crutchlow: “Most people wouldn’t ride” with my arm issue