Yamaha MotoGP rider Maverick Vinales says his new crew chief Esteban Garcia will be key to an improved showing in 2019, as he gives Vinales “much more confidence”.

Garcia replaces Ramon Forcada, who had served as Vinales' crew chief since the Spanish rider's arrival at the team but has now left for the new Petronas SRT Yamaha satellite outfit after an acrimonious split.

Garcia, who was crew chief to Bradley Smith at KTM and had formerly worked with Vinales in Moto3, began working in his new capacity in post-season testing at Jerez.

“I hope it really helps,” Vinales said during Yamaha's 2019 season launch. “I think Esteban will be the key to make me stay calm, that I can give my best.

"From a technical point of view, it's difficult to find someone better than Ramon.

"He stayed in Yamaha for so long, so it is very difficult, but I was looking something more, I was looking more [for], let's say, trust, [to be] more close, sincere with each other.

"I think Esteban is completely different character than Ramon, I will deal [that] much better. For sure I think it will be better. I feel much more confidence with Esteban on the team.”

Vinales had been joined by another new crew member in Julian Simon during post-season testing.

The former 125cc champion took over the rider performance analyst role that previously belonged to Wilco Zeelenberg, who like Forcada has joined Petronas SRT.

“We incorporate Julito [Simon], who will be my mental coach and also on the track,” Vinales added.

“I feel I have really good experience with them [Garcia and Simon], and, you know, I'm the kind of rider that I like to be calm with my people, with all my team.

“Even like this I can give a little bit extra - this year with all the changes being done, I think I can do it.”

Vinales has had an up-and-down time at Yamaha since arriving at the team from Suzuki ahead of the 2017 campaign, as he won four races over the next two seasons but failed to mount a title challenge in either.

The 2018 fallout between him and Forcada, who helped Vinales' predecessor Jorge Lorenzo to three riders' titles, was highly-publicised, and Vinales – who was at one point forbidden by the team to discuss it with the media – would later admit he was not happy with how the matter had been handled.

Managing director Lin Jarvis, likewise speaking at Yamaha's 2019 launch, expressed hope that the additions of Garcia and Simon would lend stability to Vinales' side of the garage.

“I believe these two new people, two new Spaniards in Maverick's team, will help solidify that group and bring a renewed group feeling to Maverick's side,” Jarvis said.

For Vinales' teammate Valentino Rossi, Jarvis confirmed that Idalio Gavira has been retained as the Italian's new rider performance analyst.

Former European Superbike champion Gavira initially took up the role for the Jerez test, following the departure for predecessor Luca Cadalora after three seasons alongside Rossi. 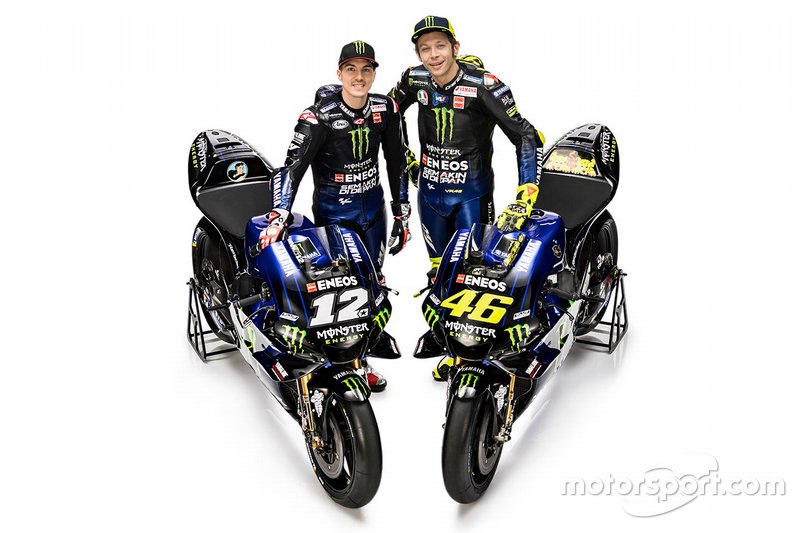 The revolution in search of a Yamaha revival

The MotoGP enigma who needs to step up at Catalunya