Denny Hamlin holds off Elliott for Stage 1 win at Phoenix

Denny Hamlin took the lead with two of 75 laps remaining and held on for the Stage 1 victory at ISM Raceway near Phoenix. 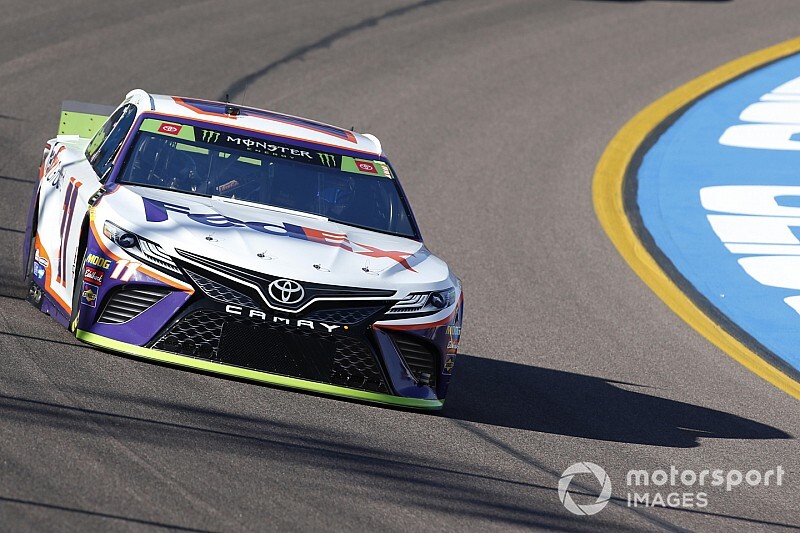 On a restart with three to go, Hamlin lined up fourth but grabbed the lead from Brad Keselowski a lap later and held off Chase Elliott for the stage victory.

Hamlin began the race fifth in the NASCAR Cup Series standings and in danger of missing a chance to compete for the series championship next weekend at Homestead, Fla.

Kyle Busch, who started on the pole, grabbed the early lead.

Hamlin got around Logano to take the second spot on Lap 7 as Logano dropped to third.

After 15 laps, all eight playoff drivers were running in the top-nine.

With 50 laps remaining in the first stage, Kyle Busch maintained a 1.2-second lead over Hamlin with Logano still in third.

On Lap 51, Ryan Blaney moved into the eighth spot, putting all eight remaining playoff drivers into the top-eight.

Hamlin cut Kyle Busch’s lead to under a second with 10 laps to go in the first stage.

Ricky Stenhouse Jr. slammed the wall in Turn 4 on Lap 66 to bring out the first caution of the race.

Most of the lead-lap cars elected to pit but Keselowski stayed out and inherited the lead. On the restart on Lap 73, Keselowski was followed by William Byron, Kyle Busch, Hamlin and Elliott.

Before the start of the next lap, Hamlin got around Keselowski and took the lead for the first time in the race.