Ryan Newman’s fellow NASCAR competitors are pleased to see his speedy recovery from last week’s Daytona crash but also offered a stark warning about the dangers of their sport.

“Safety is always an evolution. There’s going to be something else that happens that we have to go through and figure out the circumstances as to why it happened, how can we prevent it from happening again.”

Newman suffered what were described at the time as “serious but non-life-threatening” injuries in a violent crash on the last lap of Monday’s Daytona 500.

During the incident, Newman got turned into the wall and his No. 6 Ford went airborne and was struck by another car in the driver’s side door area as it returned to the ground. The car ended up on its roof and on fire before safety workers arrived on the scene. 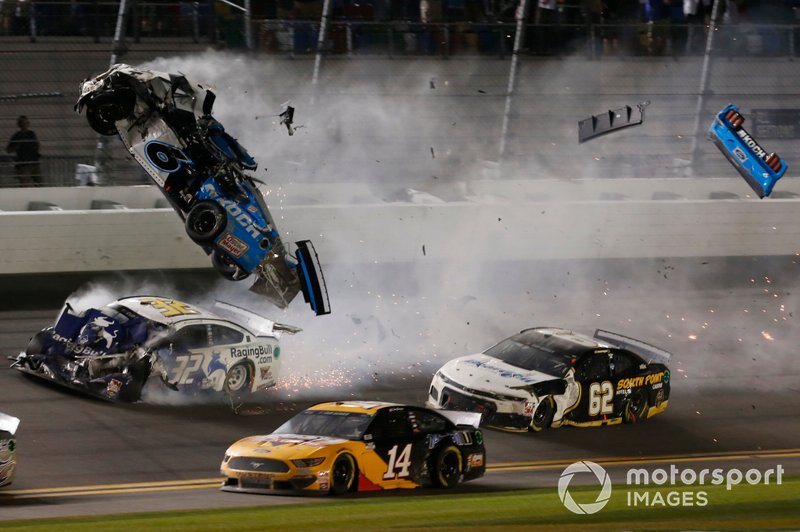 However, by Tuesday afternoon, Newman’s Roush Fenway Racing team had issued a statement that he was “awake and speaking” and he ended up being released from the hospital on Wednesday.

Austin Dillon said drivers’ ability to escape serious injury from violent wrecks probably has led to some sense of complacency.

“You get numb to it a little bit because people just jump out of the cars. A really bad one of (Kyle) Larson’s last year like we were talking about, we’ve watched it in the safety meetings before the (Daytona) 500,” Dillon said.

“You just watch it and you still hear the ‘that looks like it hurt’. You just kind of say it’s safe enough, you’re just going to be a little sore the next day. Then, you watch how long it took Ryan (Newman) to get out, the amount of people it took to get him out and the safety workers doing their job, it definitely makes you think differently about it, for sure.

“The ‘it can happen,’ I guess is the next thing that’s part of it. You never think about that, but it’s like man, you can actually get hurt.”

“I feel like speedway racing is as wild as it can get, you know what I mean, because you know what’s on the line when you get down to the end of the race. You literally just shut everything off,” he said.

“It’s part of what speedway racing is and I think there’s a group of fans that love the speedway racing because of that. I don’t think it will change the way we drive to make us any bolder. I think we’re already as bold as we can get when we wreck half the field.”

Joey Logano said he was glad NASCAR was already looking into the wreck to see how the current safety devices were impacted and could possibly be made better.

“It says a lot about what our race cars are and I think even this NextGen car in some of those areas where the impact was seems to be, from at least my non-engineering degree perspective, looks like it should be stronger in that spot,” Logano said.

“So, I’m glad to see that NASCAR is already looking at it, even before this in that area, and I look forward to getting in that car and have something even safer to drive.” 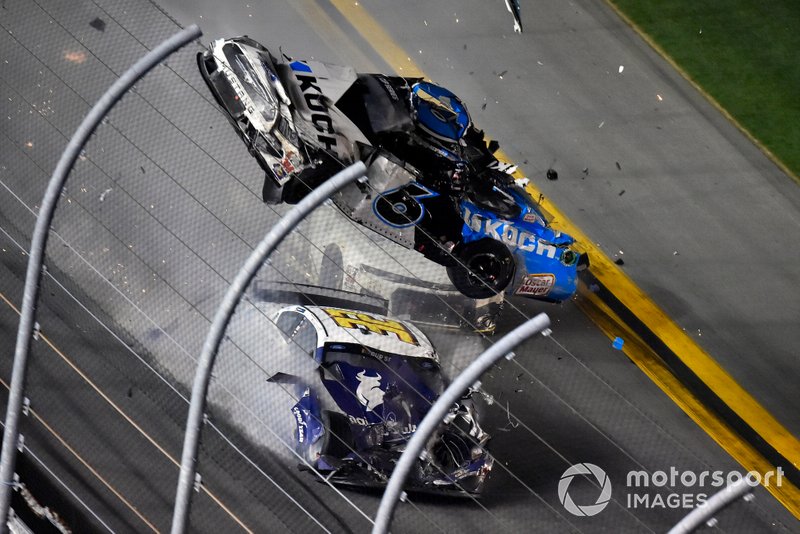