His deal is not yet official, but Erik Jones – as he has maintained all season – said Thursday he expects to remain with Joe Gibbs Racing’s No. 20 Toyota team next season. 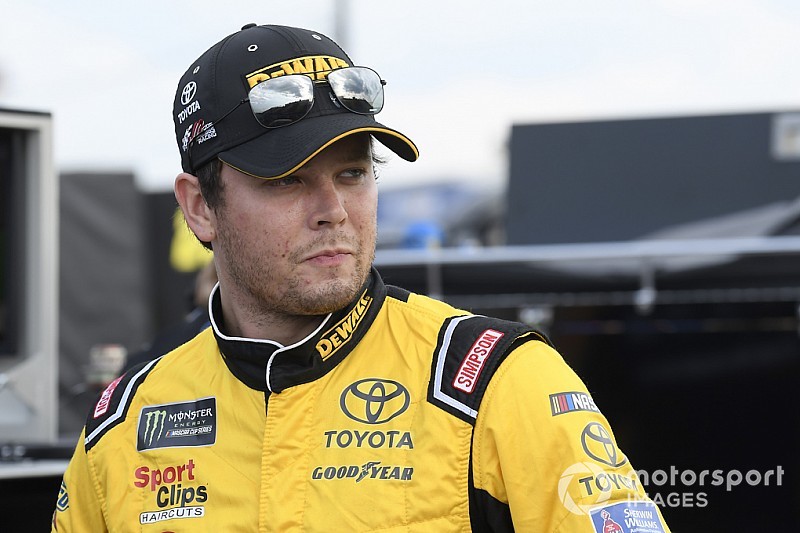 “We’re very close and I hope we can put something out soon to make it official,” Jones told a group of reporters Thursday at Bristol (Tenn.) Motor Speedway, where he is competing in both the Xfinity and NASCAR Cup series races this weekend.

Asked if fans with Erik Jones No. 20 tattoos should be worried, Jones replied, “I wouldn’t be worried about covering it up, no.”

Jones said he has never really been worried or let the contract discussion with JGR affect him.

“I was very comfortable and knew the situation and knew where things were headed. We all had a good plan and I was going to continue to work toward being in the No. 20 car,” he said. “It never bothered me. I understand why (people ask the questions).

“I’m a pretty straight-up guy. If I felt I wasn’t going to be back in it, I would have definitely trended more in that way. I probably would have alluded to the fact that I wouldn’t be back. I was always confident that I would be back and still feel that way.

Jones, 22, said his team’s performance of late certainly has helped his cause.

Jones has four finishes of fourth or better in the last five races and has improved his points standing from 18th to 14th.

Jones’ return to JGR’s No. 20 all-but cements Christopher Bell’s move to Leavine Family Racing’s No. 95 Toyota next season. Earlier Thursday, Matt DiBenedetto announced he would not return as LFR’s driver next season.