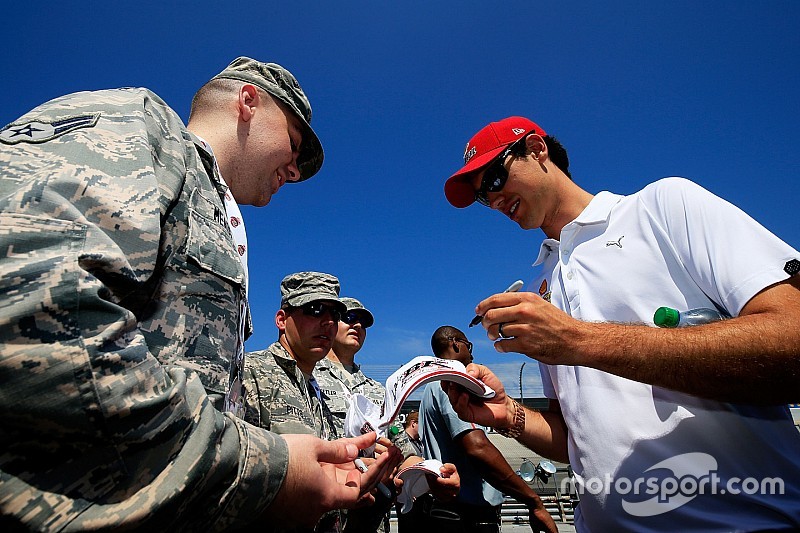 Team Penske driver believes that working with NASCAR will expedite solutions to the sport's challenges.

DOVER, Del. — Joey Logano is encouraged by the open dialog between NASCAR and the Sprint Cup drivers.

Logano wasn’t the youngest competitor elected to the driver council,  that held its first meeting with the sanctioning body at the Dover Downs Hotel and Casino on Saturday night, that honor went to Kyle Larson, 22.

But at 25, and with a long career ahead of him, it’s in Logano’s best interest to see the sport thrive. And the Team Penske racer believes that it is imperative from the drivers’ standpoint for NASCAR “to keep us in the loop” so they can contribute to the process as well.

We have our set drivers that go up there and we kind of voice our opinions as the leaders of our selective group.

“I thought it was a good thing for all of us to do,” Logano said of the meeting. “We have our set drivers that go up there and we kind of voice our opinions as the leaders of our selective group. And they kind of have a run down of where we stand with a lot of different things, not just rule changes, but ratings — and where we are at with everything.

“So I think it’s good for us to meet. It’s something I haven’t seen over here before. So it’s kind of nice to be involved in something like that.”

Not an overnight event

Although there had been discussions of Denny Hamlin organizing a consortium of drivers prior to the start of the 2015 Sprint Cup season, the Joe Gibbs Racing driver would not elaborate on the group's plans in February.

The owners organized the Race Team Alliance (RTA) last July. The RTA, headed by Michael Waltrip Racing's principal partner Rob Kauffman, invited all of the full-time Cup teams to join in an effort to pool resources and lower the cost of doing business.

Hamlin said on Sunday that it would be counterproductive to include all 43 drivers among the council. However, the group represents a variety of competitors throughout the garage.

"Honestly, we don’t all agree on everything all the time, do we? So it’s kind of good to get a good mix of where we’re all at before they make any decisions and we can be involved in that.”

A work in progress

Logano says his team owner Roger Penske supported the initiative. Logano also acknowledged that matters such as salaries, insurance and retirement programs had not been discussed during the genesis of the council but he did not rule out the possibility in the future. For now, the focus appears to be on the state of the sport.

Drivers have been concerned with the current rules package of the Generation 6 model and hope to work together with NASCAR to improve the on-track product.

“It’s difficult, it is, but we’re trying to make it better,” Logano added. “It’s challenging. There’s a lot of different things that are thrown into it. It’s a balancing act to make sure you get the right package — and it’s challenging to do that. Before we do anything,  we want to make sure what we’re doing and make sure that we test that.

“We’re all on the same page, so when we do move forward, all of us agree with what we’re doing. We all want to work together — as drivers, owners, NASCAR, the sanctioning body — we all want to be one so when we make a decision, we’re in this all together. I think that’s the way you move forward the best, when we’re all treated as one team and we try to make this better.”

Truex gets heated at his hometown track

By the numbers: The fight to make NASCAR's postseason