Kyle Busch wants to 'seal the deal' in Homestead this year 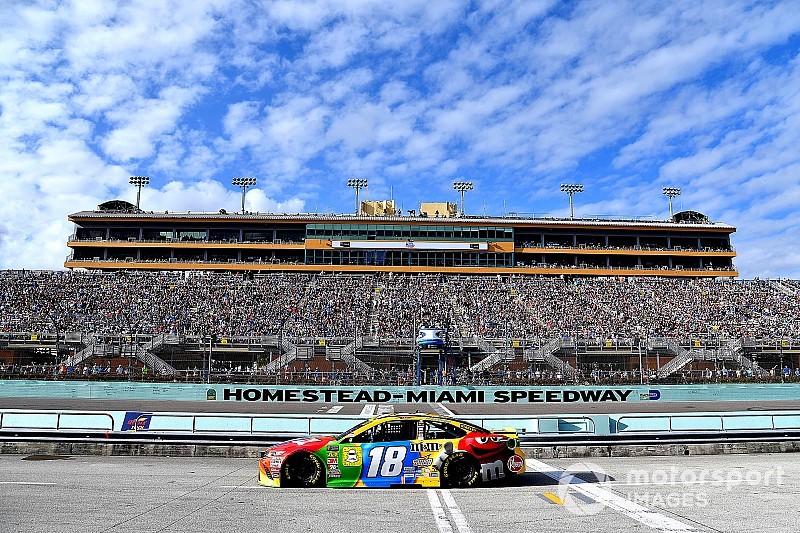 Kyle Busch is in excellent position to once again advance to the championship race of the NASCAR Cup Series and wants to make it count.

Since the Cup Series went to a winner-takes-all season finale in 2014, Busch and Kevin Harvick have advanced to the title race the most times (four). Each has so far come away with a championship one time.

Busch has made the finale the past four seasons and with 45 playoff points in hand as the 10-race title campaign kicks of Sunday at Las Vegas Motor Speedway, he is in good shape to make it five in a row.

“I’ve been to the Homestead race four years in a row and I’ve only won it once. I don’t know if that is a little LeBron James’-esque, but it feels like I can get there and just can’t seal the deal,” Busch said Thursday at Media Day at South Point Hotel & Casino. “It’s kind of crazy that it comes down to one race and one race track.

“Fortunately, I’ve been good there over the years. We won it in 2015 and we were really fast in 2016. Carl (Edwards) was actually better than us and then all heck broke loose and I was the fastest car there in 2017, just got stuck in traffic and wasn’t able to get back up towards the lead fast enough.

“Then last year we were horrendous. We should have finished 14th and ended up fourth. All the top-four were the championship contenders. Anything can happen.”

A new high downforce, lower engine power aero package debuted this season at most of the series’ tracks, and while Busch has not been a fan of it, he and his No. 18 Joe Gibbs Racing team still managed to top most of the competition.

Through 26 races, he’s won a series-tying four times and had 13 top-five and 21 top-10 finishes while claiming the regular season championship (and the 15 extra playoff points that came with it).

While he may be frustrated with not being able to turn a Championship 4 appearance into more than one title this far, it hasn’t quenched Busch’s desire to win another.

“It would certainly be nice to get those accomplishments when you’re given those opportunities and they’re right there in front of you. The reason why we race it out is there are three other guys that are going to be in that race that are worthy of winning that race, too.”

Chase Elliott: "I know it's in us" to win a Cup championship