Kyle Larson will remain with Hendrick Motorsports for the foreseeable future in a new contract extension revealed Wednesday.

As part of the deal, HendrickCars.com will become the majority sponsor for Larson in 35 of the 36 points-paying races. They will also back Larson's dirt endeavors, becoming a primary sponsor in all non-NASCAR events he competes in.

Larson's current agreement expires at the conclusion of 2022, but this new contract extends his stay with HMS through the 2023 season.

“When we perform on the track on Sunday, we can feel the impact on Monday,” said Rick Hendrick, chairman and CEO of Hendrick Automotive Group and owner of Hendrick Motorsports. “With the chance to plan for the next two years, the program is only going to help Hendrick Automotive Group sell more cars, book more service appointments and ultimately do more business. It will also allow our company to recruit talented people and support our internal recognition and incentive programs. The more we followed the data, the easier the decision became. We are seeing clear results.”

HendrickCars.com has seen significant increases in website traffic thanks to Larson's success. 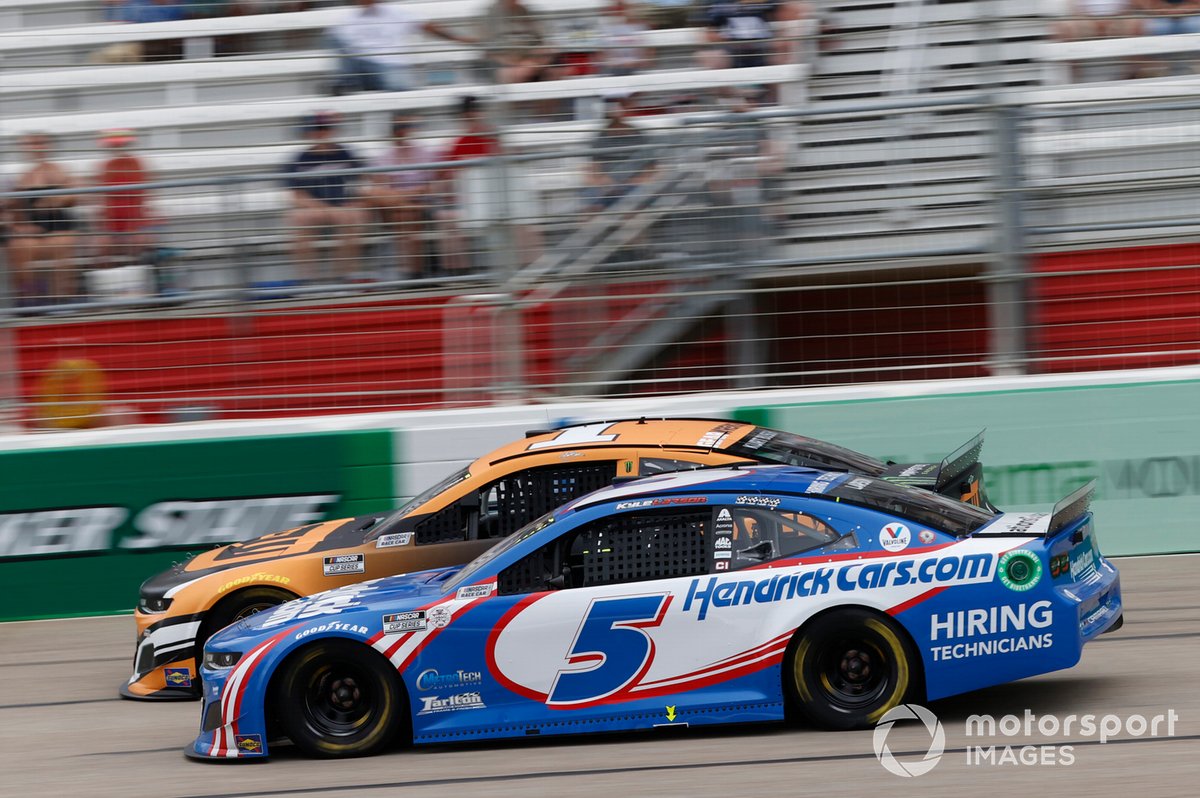 The 28-year-old's return to NASCAR's top level has been impressive, winning four races this season (more than any other driver) including three in succession. He also won the All-Star Race at Texas Motor Speedway.

“The chance to extend my contract with Hendrick Motorsports and have such an awesome sponsor in HendrickCars.com are things I don’t take for granted,” said Larson. “I feel like I’m driving for the best team and the best sponsors in the sport. To know that our on-track performance is having positive business influence off the track is very important because I want to return the incredible support they’ve given me. Everyone at Hendrick Automotive Group has made me feel like part of their team, and it’s exciting to be able to represent a company that loves racing like I do. I feel like we’re just scratching the surface of what’s possible.”

Kyle Larson to race for McLaren-Hendrick in 2024 Indy 500

Bowman to miss at least the next three NASCAR Cup races