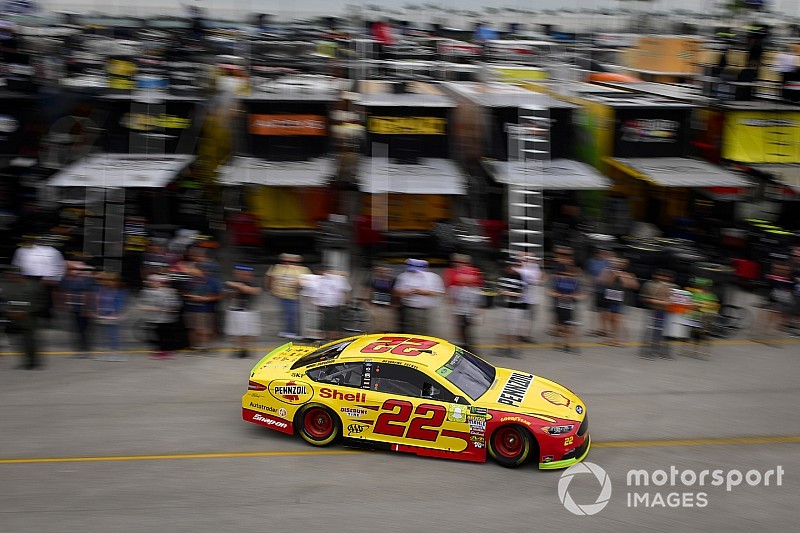 Logano completed a sweep of Saturday’s practice sessions in preparation for Sunday’s Ford 400 season finale, leading the way in the final practice with an average lap speed of 171.701 mph. He was also fastest in Saturday’s first session and qualified fifth for Sunday’s race.

In addition, Logano had the fastest average lap speed among the drivers who ran at least 10 consecutive laps.

Although he has the fewest wins of the Championship 4 (two), Logano insists he is just as much a favorite for the title as anyone.

“We’ve been able to get our way through each round, really by the time we get to the cut-off race, because we’ve been able to execute under the pressure, get the stage points,” Logano said. “Now we’ve been leading the races, getting stage wins.

“Pit crew has been on it. Grabbing a race win, maybe the most important one of all year, to get us ready for this one here, Miami. Yeah, how do you not feel confident in that? You have to.

“I’m sure everyone else feels confident, that they’re the favorite. I’m pretty sure they think that, too. If you don’t, then just go home, right?”

Busch appeared to scrub the wall with the right-side of his No. 18 Toyota in the final minutes of practice. The damage did not appear to be serious.

Drivers Jamie McMurray and Ross Chastain had to sit out the final 15 minutes of the practice session after their respective cars failed pre-qualifying inspection on Friday twice.

Take a virtual lap around Homestead-Miami Speedway with NASCAR Heat 3: