NASCAR Mailbag: Where is the advantage? 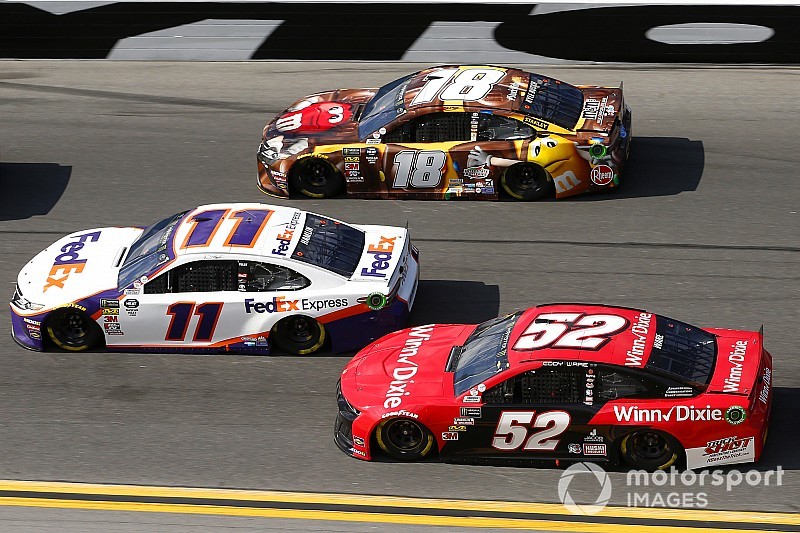 Welcome to another edition of the NASCAR Mailbag where we answer your fan questions!

I realize money buys speed but what do top tier teams (Gibbs, Hendrick) have access to that mid-tier teams do not have?  Engines appear equal so I find it amazing that top teams can massage the front grill, shocks and springs and create such an advantage. - From Richard

Thanks for the question Richard, one of the biggest advantages larger teams have is their engineering staff and with it the simulation programs they work with. Also, teams with large manufacturer support generally get more wind tunnel time. All of those things combine to help make the car the most aerodynamically efficient, regardless of the track on which teams are competing or the rules being used. - Jim Utter

From where did Rick Ware Racing get his charters?  It seems to be a big secret.

Rick Ware Racing's most recent charter came from Richard Petty Motorsports, which is why one of its entries is called Petty-Ware Racing. The other, I believe, came from TriStar Motorsports. - Jim Utter

Can the leader of the race cross the double yellow line if they are in front by several car lengths? - From Johnny

Johnny, assuming we are talking about the rules on superspeedways, any car can go below the double yellow line as long as they aren't doing so to advance their position. So, in your example of a race leader many car lengths ahead of his nearest competitor, yes he could drive below the double yellow line without penalty (although there will unlikely be any advantage to doing so). - Jim Utter

Just wanted to confirm, but Ricky Stenhouse Jr is signed through after the 2021 season with Roush Fenway Racing, right? So that means he's not going anywhere anytime soon, unless Jack Roush feels the driver has run its course.  Also, Ryan Newman is also rumored to be in a three year deal that would as well be up after the 2021 Season! - From Zach

Zach, Ricky Stenhouse Jr. is signed with Roush Fenway Racing through the 2021 season, as are a majority of the sponsors currently on his No. 17 Ford. When Ryan Newman's signing with Roush was announced, his contract length was described by the team as "multi-year." - Jim Utter