NASCAR spotters: Their critical role at the Daytona 500

Spotters play a critical role in NASCAR, and their purpose is never more important than it will be in Sunday's 63rd running of the Daytona 500.

An interesting aspect of NASCAR that few other forms of motorsport share is the so-called eye in the sky that helps guide their driver throughout a race. IndyCar is another series that utilizes spotters, while Formula 1 for example does not.

In WRC, there are co-drivers or navigators who read off pacenotes and prepare the driver for what to expect just up the road. It's a similar relationship, where there must be absolute trust between the pilot the navigator.

But the spotter plays a unique role in NASCAR and is absolutely vital to the team's success in superspeedway races such as the Daytona 500.

Their usual job is to clear the driver, give insight into the lines of rivals and to call out wrecks. But at a place like Daytona, there is so much more. There are green-flag pit stops to coordinate, which are always perilous at superspeedways with everyone so close together. There are deals to be made through the spotters of other drivers, and that could mean the difference between finishing tenth or having a partner that gives the winning push.

And rarely is there a moment of rest. The action is constant and the danger ever-present in superspeedway racing. A single missed call from a spotter or a self-clearing driver could take out half the field in an instant.

It's almost impossible to win at Daytona or Talladega without friends. They are often found among teammates or cars of the same make, but anything goes with the checkered flag in sight. In 2020, the Joe Gibbs Racing Toyota of Denny Hamlin worked with the Roush Fenway Racing Ford of Ryan Newman in the closing laps.

There was a time in the days of the tandem draft when drivers could communicate with one another, but no longer.  Those deals have to be struck by the spotters atop the grandstands. It's up to them to find a dancing partner for their driver in this 200+mph chess match. If done right, the Harley J. Earl Trophy and racing immortality awaits. If done wrong, just a tow truck. 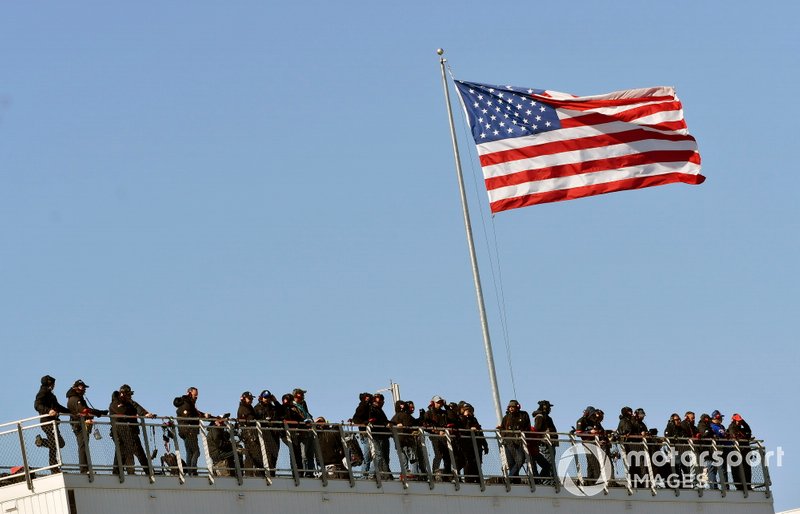