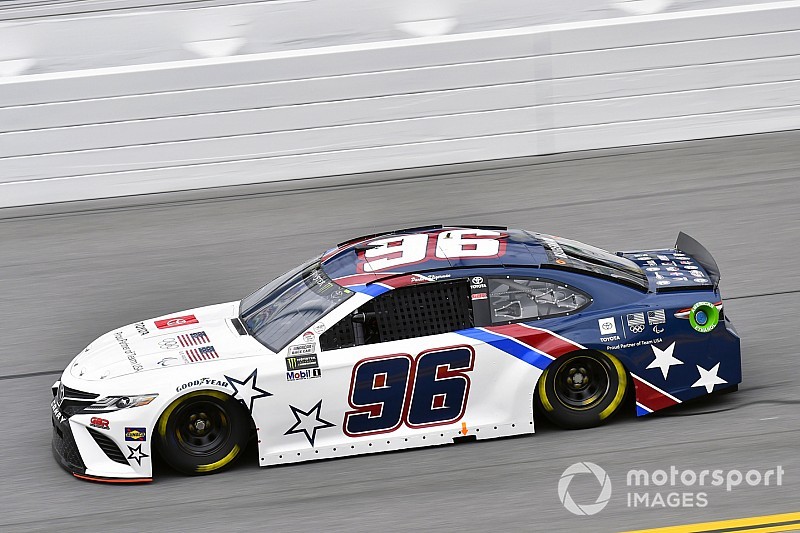 Parker Kligerman should have been ecstatic making the Daytona 500 field, but his first concern was for his friend Ryan Truex, who didn’t.

With help from Toyota teammate Kyle Busch, Kligerman drove past Tyler Reddick with three laps to go in Thursday night’s first Daytona 500 qualifying race and held off Reddick and Truex to qualify for Sunday’s season-opening Daytona 500.

“First off, I got to thank Kyle Busch, a Toyota teammate,” Kligerman said. “When he fell back out of the draft that was what it took. If we didn’t have him or all that TRD power working together, there was no way I would have been able to pass Tyler Reddick.

“This is awesome,” Kligerman said. “This is an amazing feeling. … It’s bittersweet, though, that (Truex is) out. He’s a good friend of mine. He’s one of the most underrated drivers in this sport.”

Knowing his friend’s future in the Daytona 500 was in question, instead of celebrating his monumental achievement, Kligerman consoled his longtime friend.

Truex finished 14th in Duel 1. After the race, the 26-year-old driver said a brace broke on his windshield during the race.

“Once that happened, I felt like my car was pretty draggy, so it’s just hard to suck up like it needed to,” Truex said. “Kind of a freak deal.”

Truex’s only hope to make Sunday’s race was left in Casey Mears’ hands. If Mears finished ahead of Brendan Gaughan and Joey Gase in the second Duel, the Tommy Baldwin Racing driver would be locked into his first-ever Daytona 500.

To Truex’s dismay, Gaughan finished ahead of Mears and Gase, and secured the final transfer spot.

“I swear to God I don’t think I’ve ever had butterflies this big in almost 10 years,” Gaughan said. “I was trying to play it cool for (crew chief) Darren (Shaw). Tried to keep everything chill. This is the most nervous I’ve been coming to a race in almost a decade.”

After the race, team owner Richard Childress sought Gaughan out on pit road and congratulated the 43-year-old driver.

“I haven’t felt like this since I was a teenager in this sport.”