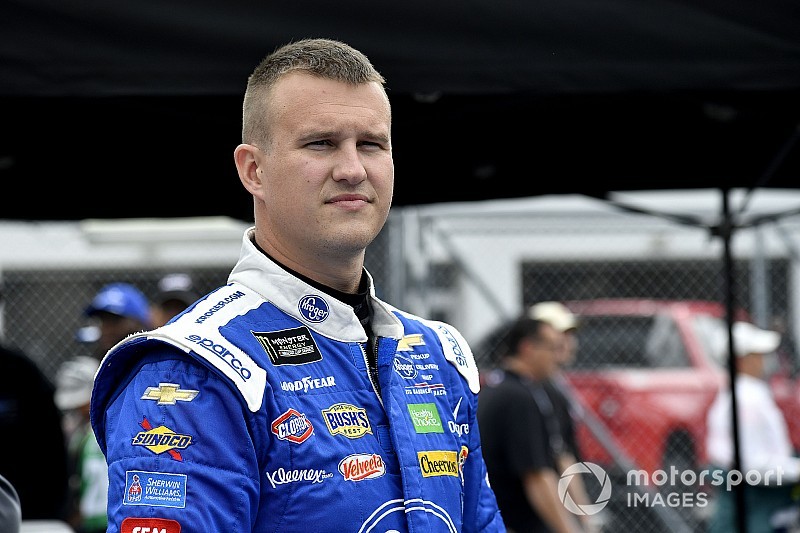 If history repeats itself for Preece at Martinsville, he’ll be a happy driver late Sunday afternoon.

Preece scored the first of his 22 NASCAR Whelen Modified Tour wins on the historic half-mile in 2008 and he returns looking for his first Cup Series victory as a rookie driving for JTG Daugherty Racing.

Preece thinks his experience competing on a short track will help him no matter where the track is located.

“I would say just approach it like any short track that I've ever been to be able to attack the corner, get it turned as quickly as possible,” said Preece. “I feel good about our chances considering JTG with Martinsville, probably one of their best race tracks they go to. Definitely looking forward to going.”

The Berlin, Conn., native has raced the majority of his career on short tracks and his driving style should be a good fit for him on Sunday.

“Definitely short tracks like Martinsville, Bristol, New Hampshire, those are kind of in my wheelhouse,” said Preece. “It's something I've been doing for a long time. When it comes to the restarts and all those moments of being aggressive, it's something that I enjoy doing.

“As far as what I expect, I expect that we should show really well and at least be running top 10 and hopefully get a top five by the end of the weekend.”

Martinsville is known as a handling track that can be hard on equipment and Preece feels his experience can help him get comfortable.

“Well, it's what most of us that come through the ranks grow up doing, heavy braking, getting the car turned, being able to drive off the corner, pick the throttle up as quick as possible,” said Preece. “It's something that I'm used to doing.

“These mile‑and‑a‑half's, it's just a different package where you're on the throttle so much, it's kind of outside the nature of what I'm used to doing. Kind of going to a place like Martinsville, and I would say even the next few races, it's going to be very familiar to what my background is.

“It makes me very optimistic.”

The 2013 Modified champion also feels the teams having more horsepower (compared to the recent aero package run at Atlanta, Las Vegas and California) won’t make much difference at Martinsville.

“It's a half-mile race track,” he said. “It's going to look like any short track across the United States, to be honest with you. There's races where I'm in a modified and it has 450 or 500 horsepower and we have great racing. I think being able to go to a short track, where everything is just that much tighter, it's going to make for great racing.

“I don't expect any different. Hopefully we can all just look at the racing or approach the weekend as if it's just any other race, not kind of focus on a different package.”

NASCAR Roundtable: Has the new rules worked well so far?