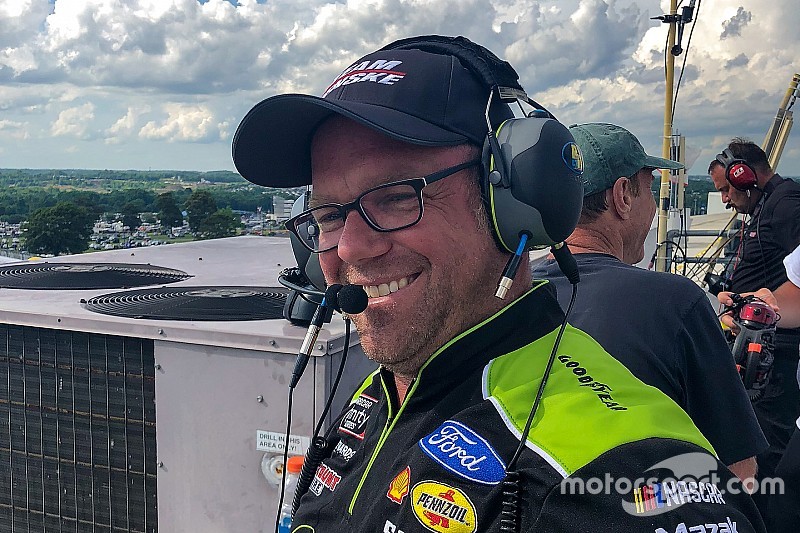 Hodges has been named NASCAR team manager at Team Penske, where he will work with competition director Travis Geisler and help manage various administrative and competition-related duties for the team’s NASCAR Cup and Xfinity series programs.

Since 2011, Hodges has led the team that was the anchor for the NASCAR Drive for Diversity program. Hodges said he was attracted by the chance to move to one of the marquee NASCAR teams on the national stage.

“Joining an organization like Team Penske is a huge opportunity for me,” said Hodges, a native of Williamsburg, Va. “When you look at motorsports organizations, you always find Team Penske right at the top of the list, no matter what type of racing you are talking about.

“To get an opportunity to work for Roger Penske, (team president) Tim Cindric, Mike Nelson (vice president of operations) and all of the accomplished drivers and crew chiefs is something I’m really looking forward to.

“I appreciate all the opportunities Rev Racing has provided me over the last eight years and I look forward to being even a small part of all the success that happens moving forward with Team Penske.”

Hodges has worked with the team previously, serving as a spotter for select races across its NASCAR programs, including wins with Sam Hornish Jr., in Xfinity, Austin Cindric in ARCA and, most notably, with Brad Keselowski during the 2018 Brickyard 400 at Indianapolis Motor Speedway.