The other side of Alex Bowman - Part 4 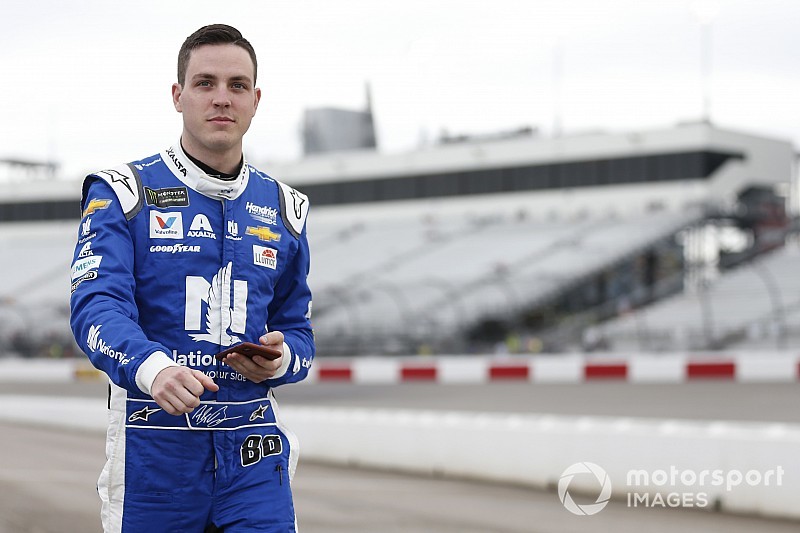 Throughout this season on Motorsport.com, Monster Energy NASCAR Cup Series driver Alex Bowman will occasionally share a first-person diary, giving fans a behind-the-scenes look at his life both on the track and off.

Technically, I’ve got big plans for the off-week but I’m not looking forward to it very much. I’m moving into a new house this week. I am moving closer to the Hendrick Motorsports shop so I can try to be there more. I’m living about an hour’s drive away right now, so I’m just trying to get closer. Moving isn’t fun in the first place. It’s just never fun, especially with my shop. I have a shop at my house now. I don’t have a shop at the new house so we’re going to build a shop. Moving that is probably going to be worse than moving into the new house. It’s going to be interesting. The timing just worked out easier to get everything done on an off-week rather than try to balance it during a race week. I’m not going on a fancy vacation or flying away to a beach somewhere, I’ll just be carrying boxes up and down stairs.

On the racing side of things, we’ve had more speed here and there but we just feel like we’ve kind of been beating ourselves lately. At Bristol, we had a loose wheel under green, which cost us three laps. The week before at Texas, I ran over the commitment line and crashed in qualifying. That week was me making mistakes I shouldn’t make. The cars have gotten better and got closer at Hendrick Motorsports but we just haven’t been executing well in races and haven’t been doing a very good job on our end. I think all the parts and pieces are there, we just need to get back to doing our own thing to where we were. We’ve struggled in qualifying sometimes but our race speed for the most part has been as good as our teammates, we’ve just had bad races, bad execution. We’ve just got to get back to not making mistakes and having good days.

As an organization, we’ve made some big strides so far this season but I don’t think it’s as dramatic as people think. I think we still have a ways to go. Everybody is kind of in agreement on that. Bristol wasn’t a great week for any of us finish-wise. Richmond wasn’t much better, with the best of us finishing 12th. It’s just one of those things in sports. It always seems to go in cycles. At some places you can set your car up better than others and it makes you look really good, when in reality you may not have made that much progress. I think the main thing is that we still have a ways to go, but we are definitely on the right path. We’re 21st or 22nd in points right now but we’re a way better race team than that. Once we get back to executing well some of that should take care of itself.

Returning to a superspeedway

After the off-week we’ll head to Talladega. Some things will be different – we’ll be using tapered spacers rather than restrictor-plates for the first time and the cars will have some aspects of the new aero package. I participated in a test with the new set-up after the Daytona 500. There were only three cars and we we’re trying to draft but I don’t think it gave us a great idea of what the cars are going to do other than we were much faster. I think when you test three cars and then race with 40 cars, the 40 cars are going to be completely different. There’s a lot of differences in the cars from the Daytona 500 and it’s even different from where we ended the test at Daytona.

Everybody thinks the cars are going to drive a lot better, but I think the new tail extension panel is going to take downforce away and make the cars drive quite a bit different. I’m very interested to see how it plays out but we’ll see when we get there. The good thing is Hendrick Motorsports has very strong superspeedway cars – they are always really fast. Because of that, I’m always excited to go to Daytona or Talladega. In the 500, William (Byron) and I started on the front row. I definitely believe it’s a race that we can go there and contend for the win. We just need to make sure we’re around at the end – that’s the biggest thing there. We just need to stay out of trouble.

I want to wish everyone a Happy Easter and hope that everyone is able to spend time with family, friends and pups. We’re going to have to see how well Finn and Roscoe are at this whole moving thing!

Richmond victory was a personal one for Martin Truex Jr. 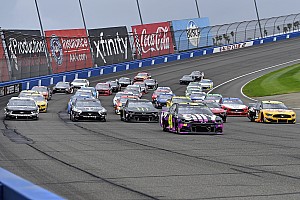 NASCAR postpones races through May 3 due to coronavirus