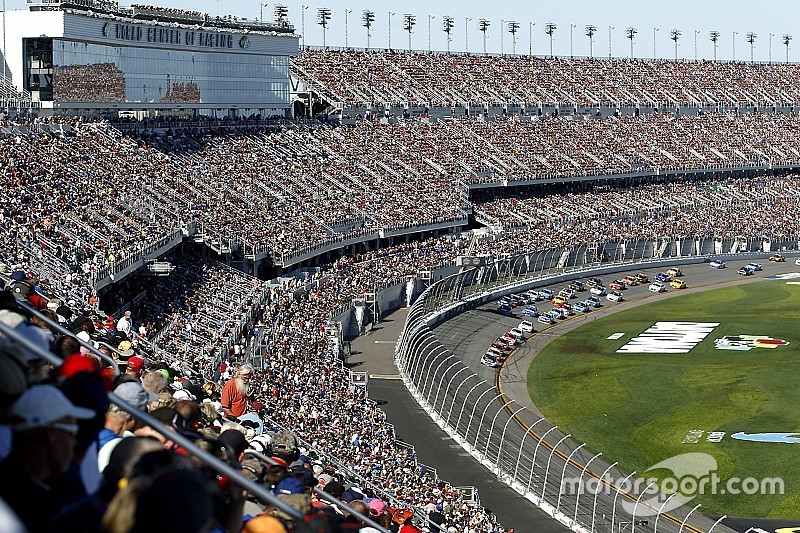 Viewership for the 2017 Daytona 500 was up five percent over 2016 according to FOX Sports.

The peak time over the five-hour broadcast was between 6:15 and 6:30 PM ET when FOX attracted more than 14 million viewers.

The household rating for men ages 25-54 was up four-percent with a 5.2 share. There was a three-percent gain in rating for Adults 25-54.

“We're certainly encouraged by the audience growth for the Daytona 500," said Mike Mulvihill, FOX Sports EVP of Research, League Operations & Strategy. "I'm particularly happy to see sharp growth early in the race, which I think is a sign that the new format drew viewers in earlier. The growth slowed a bit later in the race with the eventual absence of key drivers, including (Jimmie) Johnson, (Dale) Earnhardt Jr. and Kyle Busch, but overall, I think we saw a lot of reasons for optimism on Sunday. While it's far too early for FOX or NASCAR to take a victory lap, we're feeling good headed into Atlanta.”

FOX predicts the Daytona 500 will the highest viewed sporting event of the weekend and earn the best rating since the networks broadcast of the Super Bowl on Feb. 5. Greensboro N.C. had the largest market share — 17.5, followed by Greenville, S.C. (16.5), Indianapolis (14.4), Knoxville, Tenn. (12.7) and Jacksonville, Fla. (12.4). The Austin, Texas market saw the greatest growth — 111-percent over last season.